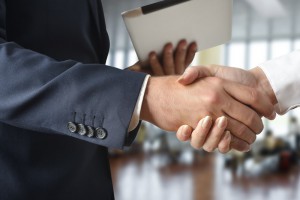 Fortex, Inc., a leading electronic communication network (ECN) trading platform, has announced that Paula Osorio Pérez has joined the company as Director of Sales for the Latin American market.

Paulina most recently held the position of Director, Sales & Relationship Management for Thomson Reuters where she helped grow the Mexico business for TR and their FXALL trading platform. She strengthened their FX franchise and established partnerships between the Mexican market and banks in the United States. Prior to that, she held roles in Commercial Banking, eFX Sales, and FX Sales for Global Banking & Markets at HSBC. She worked on the trading and sales desks where she executed day-to-day FX and Money Market trades for Global Banking and Markets’ clients.

Speaking of the new appointment, CEO and co-Founder of Fortex Daniel Chen said: “Not only does Paulina bring a range of FX expertise and experience in driving growth, she is also deeply familiar with the FX trading market in Mexico. We expect her to be a key player on our team to execute our growth strategy in Latin America.”

Paulina Osorio is a native of Mexico and will work out of the Fortex office in Mexico City. She can be contacted at Paulina.Osorio@fortex.com.

Fortex is the world’s leading ECN platform, with up to $12 billion of daily volume in currency, metals, energy, and CFD trades and 500,000 tickets a day for tens of thousands of traders around the world. The company’s powerful Fortex 6 platform, sophisticated cloud infrastructure, and middleware solutions have revolutionized currency, commodity, and equity trading. Today, traders, broker dealers, market makers, money managers, banks, hedge funds, and investors around the world rely on Fortex to facilitate trade execution and support sophisticated trading strategies. Some of the world’s most successful currency trading firms have built their FX businesses on the Fortex platform. Fortex is headquartered in Redwood Shores, California with offices in New York, Boston, Hong Kong, Shanghai, and London. The company is privately held.