To be exact, nearly every online trading company has seen its share prices and revenue tumble in the first quarter of 2019. Most CEOs and representatives of the companies blamed the tumble of quiet markets and the tightening of the regulatory fist of different areas, especially the EU.

Plus500 has taken the largest hit in terms of revenue loss. It is reported that the company saw an 82% decline in its revenue for Q1 of 2019 and a staggering £254 million loss due to share price drops. There are a number of reasons why the firms have been taking the heat, but Plus500 is one of the exceptions as it had a couple of extra reasons.

Despite the fact that the GBP has been hopping around in the last couple of weeks, many investors have restrained themselves from being too involved in the trading process, even the EUR/USD has seen a decrease in high-risk trading. Brexit has indeed been postponed, but the traders are still not too eager to engage in trades as of yet. Even the stock market for the European Union has been dormant as various companies prepare for Summer. The only real activity has been seen with the bonds market, which is not as popular with Plus500 traders.

Even the cryptocurrency market which has been in the process of forming a bull market is now laying dormant waiting for an eruption. The reasons are quite simple, but according to InsideBitcoins guide, most of the crypto community is in a state of HODL, which lowers volatility, and pushes the bull forwards. HODL is when investors try to hold on to their assets and wait out the bull while avoiding margin trading and shorts. Given the fact that Plus500 also fields Crypto CFDs, means that investors are avoiding them as well, as daily volatility is not profitable. Only long positions could yield acceptable income, something which CFDs are not suited for.

Even though nobody was expecting ESMA to retract their regulations, it was still a surprise when an additional 6 months were added to the “testing period”. However, what firms didn’t expect was the call to permanently adopt ESMA regulations by AMF (French Financial Regulator).

This added extra costs and hassle to promoting CFD products, which are extremely popular thanks to their feature of trading cryptocurrencies with leverage. But even if there were no renewed regulations, the companies would have still suffered thanks to the current HODL trend.

The drops in its share price can indeed be attributed to the drop in revenue, but there are some extra aspects to it. Even though the company put forward record results in 2018, the share prices still plummeted by more than 1.4%, which was already distressing for the investors. However, Plus500 executives including the CEO got massive bonuses for the company’s performance, which was just an insult to injury for the investors. Nearly half of them voted against an amendment which was regarding payments to company executives. And after the debacle that was Q1, the shareholders saw massive losses, more than 31% to be exact.

Asaf Elimelech, the CEO of Plus500 tried to cool the situation by saying that this is just the beginning of the year, therefore no clear indications about future development can be made. In fact, there is some truth to the statement. Looking at the unpredictability of the passive markets, the upcoming Brexit which will definitely not be postponed past October and another Bear creeping in towards cryptocurrencies, this year could prove to be either of two things for Plus500. Financial ruin, or maintenance of relative stability. No real growth can be seen for the foreseeable future. 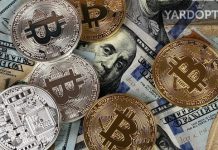 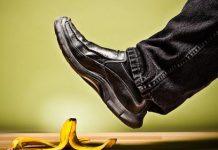 ESMA regulations – and what next? 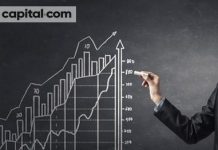 Is 2018 the year blockchain moves into the financial mainstream?

Capital.com launches new educational app in next step in its commitment to responsible trading

The Technology Sector is Plunging Again – commentary from Capital.com