Last week the price of SILVER once again tested resistance around the level of 15.50 USD. As can be seen in the daily chart below, the price was there as a part of the correction of the downward impulse after the breakdown of the bullish channel support. 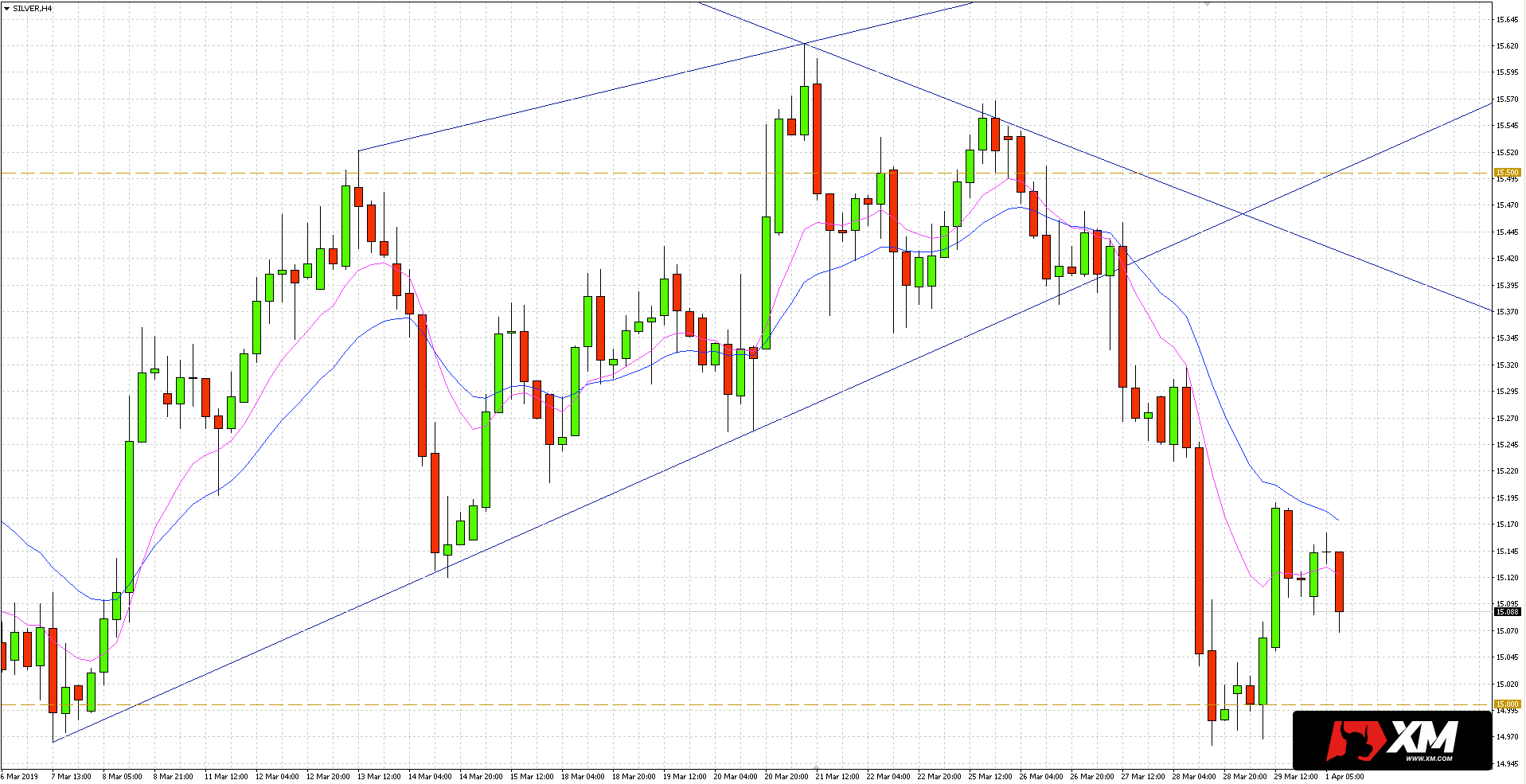 After moving to the 4-hour chart we can see that this correction took the form of a wedge. The lower limit of this formation was defeated by the sellers on Wednesday, which signalled the end of the growth correction.

A strong downward momentum after the rebound brought the silver price to the key support at the level of $15. So far, the support has been maintained, but looking at the strength of the recent drops, it seems that after the correction, the sellers will make another attempt to attack this level. 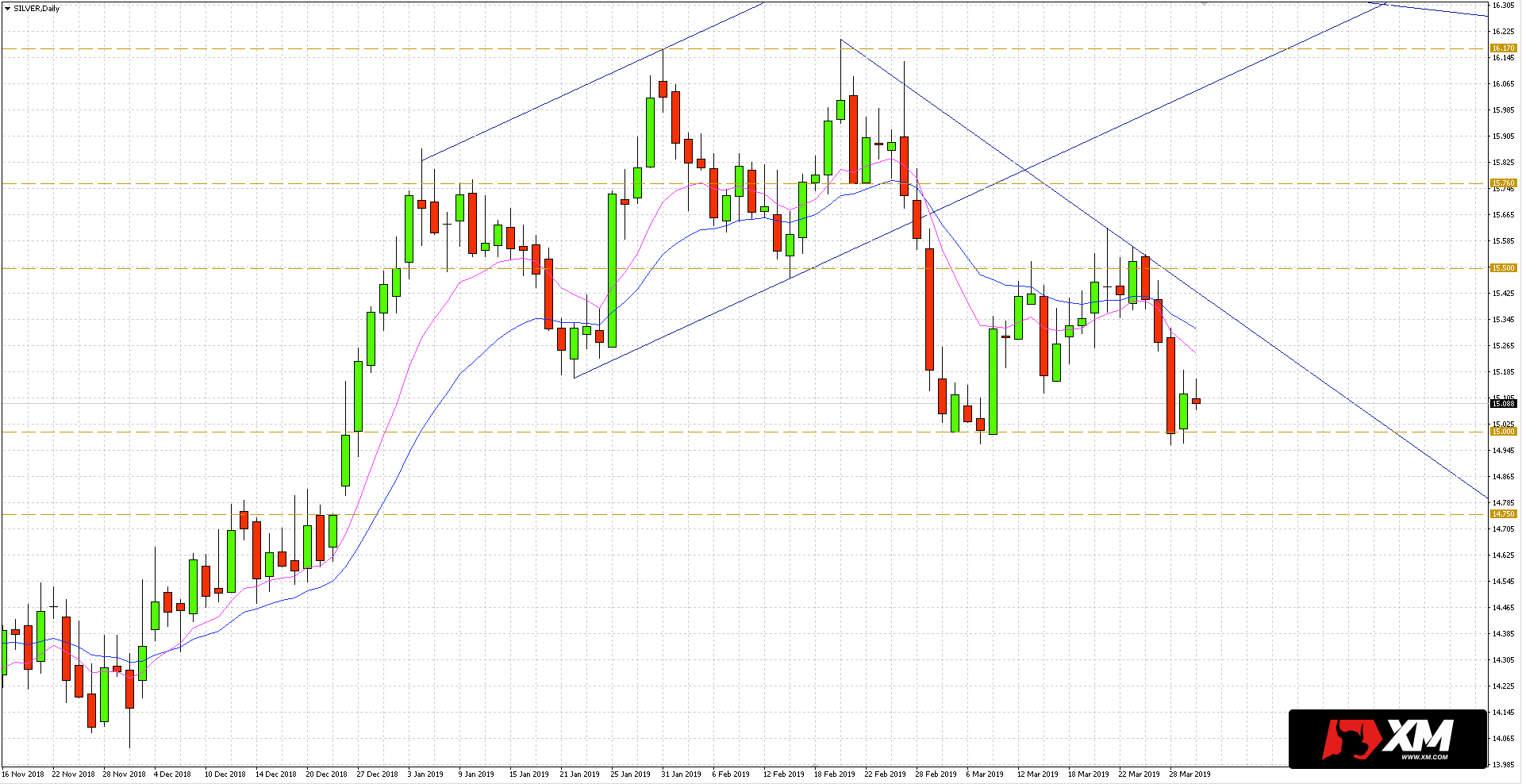 Closing the day below this year’s minima (14.96) would open the way towards the level of USD 14.75, which would be the same time closing the growth gap that occurred at the opening of quotations on 26 December 2018.