We are at a turning point in history. A new technology is set to revolutionize the way we think, the way we eat and quite probably revolutionize many other aspects of our daily lives, and no. I’m not talking about crypto.

A recent breakthrough in DNA editing called CRISPR-Cas9 has advanced the field of biological technology by leaps and bounds. It is now technically possible to do nearly anything imaginable with our cells and to create new variations of animals and human beings.

Think about a pig with wings that can fly or a human being with a brain more powerful than the world’s biggest supercomputer. Spiderman, Aquaman, Ninja Turtles are all within our grasp. Of course, regulators and ethics boards are likely to curb those particular advancements for the time being but the technology is now in place.

Without going into too much technical detail, CRISPR basically functions like a word processor for DNA editing. Before, scientists had to splice things in the exact right spot in a very tedious fashion. With CRISPR, they can simply copy paste information within the Genome, or find all instances of ‘X’ in a specific dataset and replace them with ‘anything’.

In eToro, we have been watching this technology for quite some time and the fruits of that are now available on the social investment platform. The @CRISPR-Tech copyfund brings together some of the stocks of the most promising companies who are using this new technology. The results so far have been quite impressive.

According to the Institute of International Finance, the amount of debt in the world has now reached a total of $233 Trillion in Q3 of 2017 with the debt levels of many countries currently at an all time high.

This means that with 7.6 Billion people in the world the average debt per person is more than $30,000. This is particularly worrying when we compare it to the global average annual salary, which is now around $11,300.

Technically speaking if everybody stopped spending money, no food or rent or anything else, for three years, we could finally live in a debt free world.

One comforting fact is that it seems economic growth is actually accelerating faster than debt and the global debt to GDP ratio has indeed declined since 2016.

The stock markets have just put up their best week of the year. 😉

Actually, the first week of 2018 was the best start of a year for the Dow Jones and the Nasdaq since 2006.

I read a report recently that said 22% of people buying cryptocurrencies are using borrowed money. Though they admit that the sample size was very small what they were trying to hint at was that many people still haven’t paid off their credit card debt since buying into crypto.

Try out features of social trading

Well, I can believe that statistic but it’s not worrying at this point. Many of those people have likely doubled or tripled their investment so are pretty likely to pay it back eventually.

What I’d like to know is what percentage of money that’s currently in the traditional stock and bond markets is actually borrowed money. Given the level of global debt that we mentioned above and given that global interest rates have been near zero for the past decade. How many firms on Wall Street are borrowing money cheaply to put it in the market?

I’m asking seriously here, if anybody has any leads to figures this out I’d love to know. 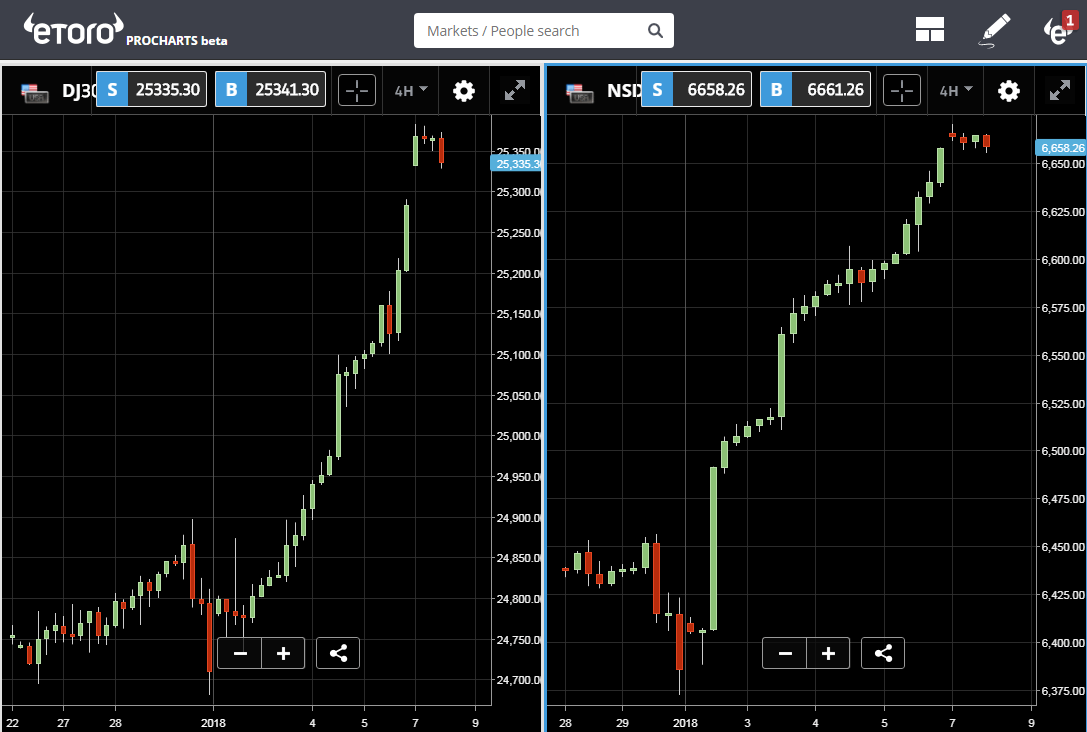 Very happy to report that Ethereum has reclaimed her rightful place in the crypto market. Though we said we don’t place too much emphasis on the ‘market cap’ metric, it’s good to see Ethereum beating back Ripple and again at number two according to coinmarketcap.com

A better metric to inspect is probably the overall volumes, where ETH is now showing three times the size of XRP. And the overall amount of transactions per blockchain, which ETH has reclaimed now as well.

Despite the fact that the bitcoin blockchain is still backed up with 168,000 pending transactions at the moment. The price is indeed showing some bullish signs when it comes to technical analysis.

In the graph below we can see how the price has risen above it’s long term trend line (yellow) to create a new rising trend line (blue) on the short term. 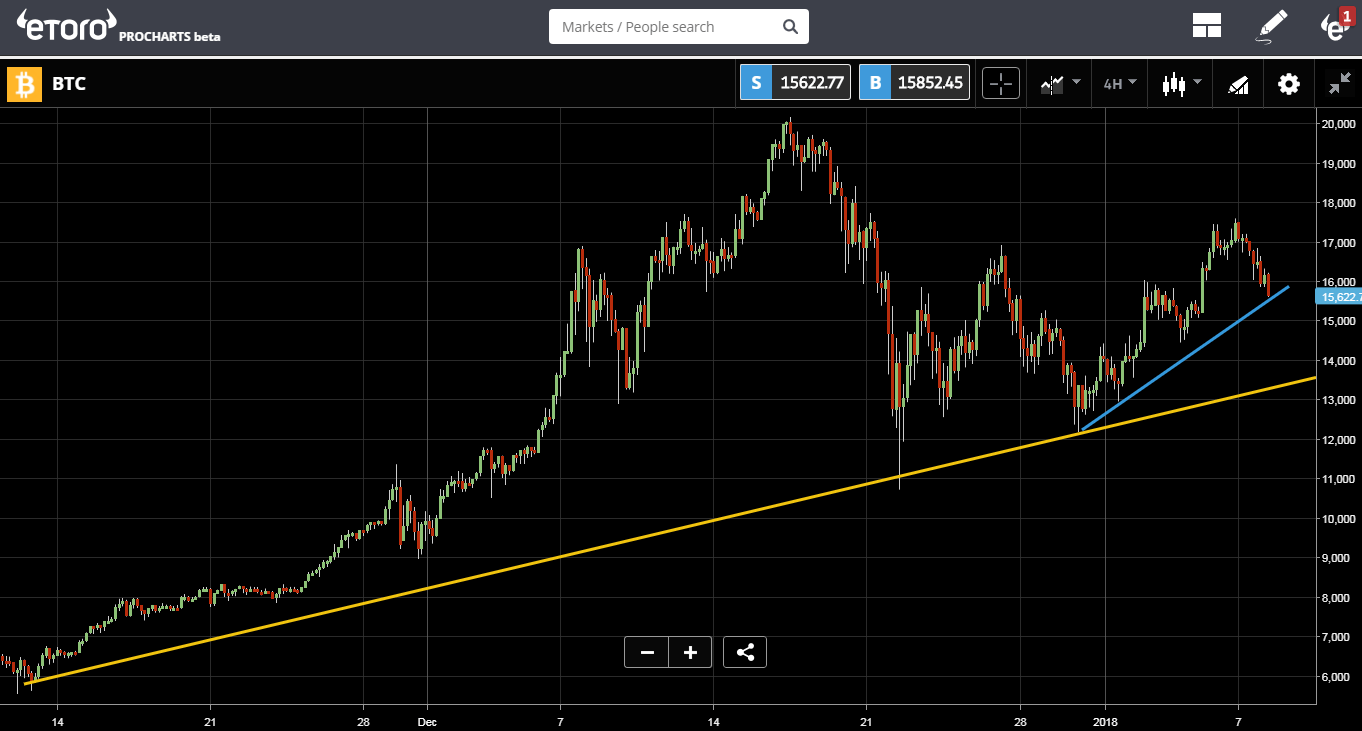 Will be interesting to see how it performs throughout this week.

Have an amazing day ahead!!