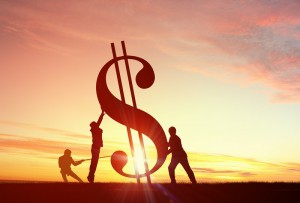 The FX market is still dominated by the release of the U.S. employment report usually on the first Friday of the month despite the data being questionable at best.

The May report which was released on Friday had its usual effect on traders even though since it was released on the first of June the probability is that it was more estimated even than it usually is.

I have never heard an official from the Bureau of Labor Statistics questioned over the report, but it is obvious that, given the size of the country, the number of constituent parts and the speed with which it is released, the data cannot possibly be accurate.

The evolution of the FX market has always been rapid. From the early days when prices were asked for and given over telex machines to now when there is often no human intervention there have been several watershed moments.

I remember well when automated broking was first introduced, the traders universally nicknamed the device “the toy” since it was not expected to last and lacked the reliability of a voice broker from one of the big firms. It gradually took hold as the brokers themselves saw the cost efficiency of the system and ushered in a new era.

Sentiment disappearing as a driver 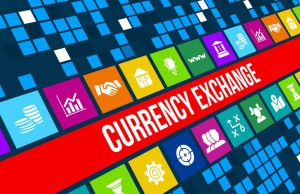 During what I would consider the “golden age” of FX trading between the mid-eighties and mid-nineties as markets were opening up and more and more drivers were introduced, the entire market  operated on a “catch all” driver labelled “sentiment”.

The factors that rolled up into sentiment ere many but when you consider that the ten or fifteen major players in the FX market each had three or four senior traders who handled Usd/Dem, Usd/Jpy, Gbp/Usd and Usd/Chf the market ran on personality and “form” as much as any other factor.

When a professional footballer doesn’t score for a few games he is often considered to be “out of form”. A similar quantifiable quality could be attached to each of those fifty or sixty young guys who, on occasion couldn’t get ahead despite being experienced and good at what they did.

They were also out of form, but everyone knew that eventually the spark would return.

The markets are becoming more mechanical and less emotional and that is adding to efficiencies which drive down spreads and increase liquidity.

This has seemingly allowed the market to become more user friendly and, possibly, more reliable but not all innovation improves things.

It’s called interbank for a reason 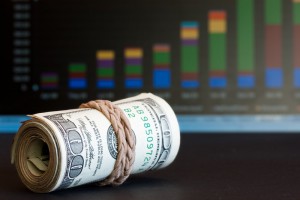 It was always agreed by traders that it was impossible to “corner the market” in FX due to its sheer size. However, the advent of certain technologies allowed less scrupulous traders to take advantage of the market. This is totally attributable to evolution

Traders have been arrested and charged because they have made what are considered inordinate profits on client orders. The flow of client business has always been the lifeblood of the market and often marks the bigger players apart. The banks have made significant investment in their corporate teams and they are a large contributor to profitability.

I believe that there is a significant difference between market makers and market users and the amount of risk they undertake.

I heard a story of a trader from a major bank who faced criminal charges over market manipulation because he made what was considered an inordinate profit on a huge FX deal done on behalf of a client. I understand that he made eight million dollars on trade worth eight billion dollars, that is 0.1% and is in my opinion entirely reasonable.

The FX market in its purest form is named the “interbank market” for a reason. It is so called because those who wish to participate must make as well as take prices and those unwilling to make prices should, logically, pay a fee. That is something that is not understood by regulators who see misdemeanour everywhere they look.