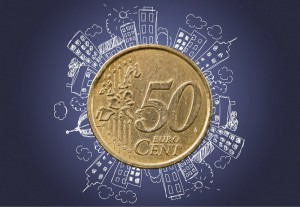 Giuseppe Conte, the new Italian Prime Minister outlined his proposals for the country yesterday in what was a high-level speech providing both relief and concern to Brussels.

First, he confirmed that Italy has no intention of leaving the common currency then provided a reason for Brussels to be concerned as the announced a programme of tax cuts and welfare increases. These proposals will bring Italy  into conflict with the Eurozone bureaucrats as they will come close to breaching certain debt to GDP conditions.

This begs a bigger question. The single currency has been in existence now for close to twenty years. Indeed, there is now a generation that has started to work, vote and influence society that has known no different.

That question is; Is the euro doing what it was intended to do and is it still fit for purpose. I am, of course, an outsider living as I do in Eurosceptic Britain. But as an outsider I was totally anti-euro when it was first launched as I could not see how “one size could fit all”. That is still a valid question but the answer, so far, must be a tentative yes.

The picture is obviously clouded by the financial crisis and the forced cuts in interest rates to almost zero and the programme of quantitative easing.

It has been and continues to be tough for several of the small nations, but the question remains what would have happened to Greece, Cyprus, Italy Spain Portugal and Ireland without the disciplines they were subjected to.

Government for the people 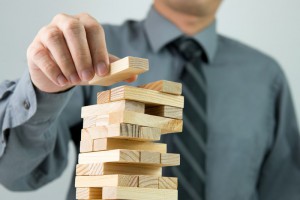 It is a subject debated long and hard by all sides of the political spectrum. Irrespective of the individual policies of the right who believe in lower taxes and lower public spending versus the left who believe state ownership, the fact is that Government must provide a minimum standard of living for all and treat every individual similarly.

Had those countries I mention above not been members of the eurozone, would the downturn and collapse of their economies been any worse, but would their economies have recovered any quicker?

I would argue not really. Of course, in a capitalist world, the writing off the debt that would have occurred would have come under the auspices of the IMF and the subsequent devaluation of the currencies would have led to an export driven recovery. We now see a little growth coming back into those economies and they have benefitted from a low interest rate scenario together with low inflation.

Italy, for example, was always a high inflation high interest rate economy with an extremely volatile currency but I would still beg the question; is the population better off for having been members of the Eurozone for the past ten years?

That will be an interesting theoretical discussion for future economics students but for now I would say the country has been better served by the enforced discipline, the people less so. 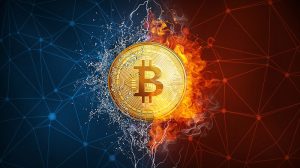 For the man in the street, what is Bitcoin other than a generic name for all the cryptocurrencies that have sprung up over the past few years? Is it a fad that will fade away as its use falls and retailers move on, realising that acceptance of Bitcoin is not going to be a panacea for their business?

The same man in the street will have heard tales of pizzas and big houses and not be able to grasp what has gone on in between but he hasn’t been galvanized to get into the “crypto revolution”. He or She prefers to keep his or her funds in a bank which isn’t necessarily much safer, it at all, than a blockchain secured currency or simply under his mattress where he can at least feel its presence.

One of the surprises of Bitcoin Ethereum, Ripple et-al is the lack of conversation around interest rates. Obviously, investors realize that when they invest in Bitcoin they are considering capital gain and not income and this has been smoothed by the fact that cash deposits earn nothing now in any case.

Banks only appear to consider the time value of money on one side of their balance sheet and see only risk premium even though the depositor is also taking a risk in a “too big to fail” bank.

When you or I go to a bank and ask for a loan, we are asked to tell them what the funds will be used for.

Are we not entitled to the same courtesy?

Imagine going to your bank and paying in, say, ten thousand Euros, pounds, Zloty or whatever and asking what they intend to do with these funds. Quite apart from the fact they won’t pay you interest, would you lend it to them if they intended to invest in CDO’s or some other similar high-risk venture?

Probably not, which is why an alternative exchange of value makes sense.