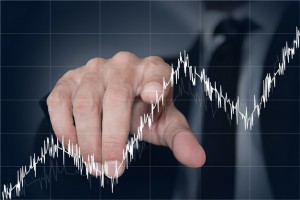 Ever since the banks decided in the late eighties that they needed to increase the “brain-power” of their trading rooms the market has seen ever more rogue-traders and scandals that have undermined the public’s confidence in both banks and their employees.

The reason for this is very simple; boredom. When I first started trading, the spot FX market was a simple, almost primal activity. It demanded quick wits, a highly agile mathematical mind but what it didn’t need was a degree in social science or classical literature.

Banks decided that those employed in dealing rooms needed to have been through further education and gained a degree. It didn’t really matter in the early days what that degree was in as long as there was an MA or MSc on show! This led young hungry graduates quickly becoming tired of the simplicity and efficiency of the market and they began to try to exploit it although they were rarely successful.

As the educational requirement turned to a “suitable degree in a financial subject”, those employed took the evolution a stage further and started to create new products starting with options but moving quickly on to other derivatives which culminated in the financial crisis in 2007/8

It is what it is 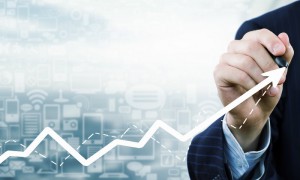 Banks have thrown millions of dollars at the issue of how to improve their return form the FX market and appear to have concluded that it is the most basic conduit for exchange of value between nations and have reverted to liquidity rather than trading as their primary source of revenue. This has allowed them to allocate risk to other areas of trading where returns are higher and, supposedly, the use of capital is more efficient.

When I read that last sentence again it confirmed to me the essence of what is wrong with trading in 2018. It has been made way too complicated. Asset prices rise, and asset prices fall, there is cycle to that but more important are the factors that drive price and the understanding of them.

Yes, the FX market is the most basic. That is its most alluring quality so don’t try to complicate matters. It gets harder to make money the further down the time curve you travel. So, moving from trader to investor makes little sense.

We all try to predict during the first month of any year what the drivers will be and the effect on the currency market, but it is little more than a party game. It is like predicting the winner of the English Premier League at the start of the season, but that may have become a little more predictable in recent years. 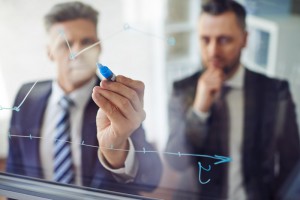 A lot of new traders when they come to the market and consider trading for the first-time think that there must be a secret to predicting currency movements based on more than past performance and mathematical indicators and that is where the alchemy of algorithms comes from.

It is a basic belief that there is a correlation between various assets and indicators which mean that is one moves, another moves in the same or opposite direction. The trick is to identify the assets and the pattern.

So, moving one stage on there must be some way of finding a correlation between an action say, a month ago that affects a currency pair today. For example, are truck sales in Nevada last month highly correlated with the level of the dollar index today. Poor example I know but you get the point, right?

The search goes on and ever more complicated algo’s are created and the search for correlation continues. Good luck with that!

The lesson for all traders new and old, is to start with a good strategy and a risk management regime that suits your style. Always remember that the FX market is not made up of anything you cannot see. Banks hold the upper hand since they manage the order flow that is the lifeblood of the market, but they also take the risk and rely on spread to make money as they scale down trading.