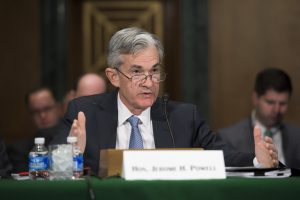 A rate hike after the final FOMC meeting of the year when it concludes tomorrow is now 100% priced in by traders and analysts. The underlying feeling that more dovish members of the committee feel that they have been “backed into a corner” by Janet Yellen’s advance guidance to markets will not deter them from voting in favour. However, as Jerome Powell takes over immediately following the next meeting on 31st January, the results may not be dissimilar, but the path taken to reach the decision is likely to be.

As Powell brings a lawyer’s sense of caution to the job he is likely to be a little more circumspect than Mrs Yellen in his public considerations.

Traders and analysts are split on the prospects for rates in 2018. Some say two hikes, others three. The only thing that is certain is the uncertainty caused by the continual low rate of headline inflation and the lack of growth in wages. It is the popular view that as the employment market continues to tighten, wages will naturally grow, and this will lead to inflation. Dovish FOMC members like Lael Brainard point to the fact that despite an already buoyant employment market wage inflation remains benign. 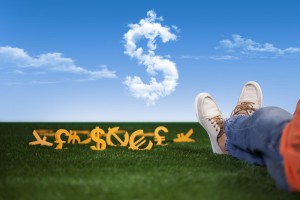 Despite its rather curious makeup, which includes the Swedish Kroner, the dollar index remains a reliable barometer of the strength of the greenback. It tends to balance out the factors affecting other G7 currencies although it is heavily weighted towards the Euro which makes up more than 50% of the basket.

It has been rising slowly over the past week as the possibility of a rate hike became a probability which turned into certainty. Interest rate differential has always been a major factor in the value of the dollar and its influence is likely to be primary driver in 2018.

Resistance for the dollar index is at around 94.20 with strong support at 92.50. It will take an extremely hawkish statement from Janet Yellen tomorrow evening for the resistance to be broken. It is unlikely that she will provide too much in the way of advance guidance since she will be handing over the reins as Chairman to Jerome Powell at the next meeting on 31st January as her term officially ends on 3rd February.

The two versus three hike argument is likely to continue right through Q1 where no hike is expected. 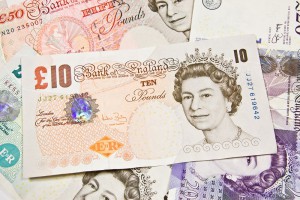 The pound is unlikely to rally a great deal further following the EU Heads of Government Summit as the ratification of the move to stage two of talks on Brexit takes place. Traders are now more concerned over the demands that the EU will make to allow a trade deal to be agreed and what the terms of that agreement will be.

There are also continued rumblings of discontent from within the Government and more specifically the Cabinet over what has been agreed so far. Clinging to his no deal better than a bad deal mantra, the U.K.’s Brexit Minister, David Davis has said that without a trade deal the U.K. will feel no obligation to comply with what has already been agreed and the financial settlement wouldn’t take place.

Sterling has arrested its recent slide but still looks susceptible to further weakness as traders but the rumour sell the fact of ratification at the summit. Versus the dollar, the pound is supported at 1.3215 with resistance at 1.3540. Neither level is likely to be seriously tested in the remainder of 2017 unless there is a political shock based upon a challenge to Theresa May’s leadership.