Home News Macro Commentary Marriage? We barely know each other! 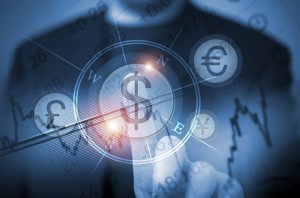 Over the years, the FX market has spawned several expressions (not all of which are printable) which in realty sum up their intentions very well. For example, “don’t try to catch a falling knife” can be applied to trying to pick the bottom (or top) of a trend and is perfectly applicable to the market right now.

An expression that summed me up perfectly in my younger trading days was “don’t get married to a position”. All traders, when they take a position, believe themselves to be right and in many cases also believe that the market is wrong and that gives them an advantage since once they realize they are wrong price action will turn around and the move in their favour will be intensified.

That rarely, if ever, happens and eventually defeat must be admitted but quite often that takes place after risk management rules have been ignored and the loss has become substantial or unmanageable.

It is tough when the whole premise of what we do is governed by our opinions and they can be quite strong. A degree of flexibility is needed to ensure balance.

When are we scaling-in and when are we adding to a poor decision? 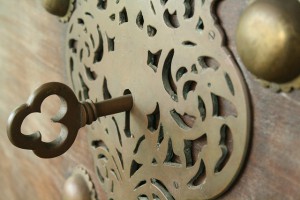 I have had several conversations with people who adopt a strategy of scaling into positions.

That is to say the average the price at which the take a position on, placing buy or sell orders at defined intervals either buying or selling to obtain a more favourable average rate on their position.

Scaling in is perfectly acceptable as a strategy and often produces better results but it can also be a sign of a lack of confidence.

Years ago, I “partnered” with a colleague of mine and committed a small amount of capital to trade the DJI together as we, wrongly, believed that two heads were better than one. All we managed to do was “egg each other on” to make poor decisions. It is hard enough to admit to yourself you are wrong but to have to admit to a partner is doubly difficult.

We held a long position which was rapidly going against us and since we sat next to each other in the office, we were constantly in discussion. Ever ten or so pips we would talk a little more until eventually we were so far “out of court” drastic action was needed.

Coincidentally, we were both having the same thought and expressed it at the same moment. We looked at other and both said “double-up” together. Potentially, this could have been the worst decision ever but almost immediately the market picked up and eventually both “halves” of the position made a very good profit.

It is just as possible to be right for the wrong reasons as it is to be wrong for the right reasons. E

Either way, that is the one and only time I did that, and we quickly realized that we were better “going it alone”.

Brexit about to take over 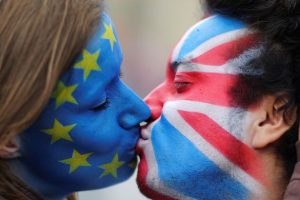 Every piece of commentary I read (and I read a lot) that tells me that Sterling is oversold and has the potential to rally makes me wince. There are several drivers for the pound right now, based on economics, monetary policy and politics but only one that really matters.

I suppose, in the cold light of day, there is a possibility that the U.K. Government could find a way of creating a proposal which allows both sides of the Irish border to be satisfied but I, for one, doubt they have the skills or tools at their disposal to make such a decision.

Brussels has already said that the British proposals are unacceptable, so Theresa May remains between the “devil and the deep blue sea” in trying to decide on an open border, wanted by the South, or a closed border, wanted by the North. There is likely to be some kind of “door half open” proposal made that will be rejected and the can will again be “kicked down the road.

Let’s be honest! Nothing else really matters to the U.K. right now and every other driver be it interest rates, business investment or consumer confidence takes its lead from Brexit.

The U.K. faces a long Autumn stretching into a long winter as next March rapidly approaches. Stagflation is a real possibility as the pound falls, inflation rises yet the economy barely grows if at all.