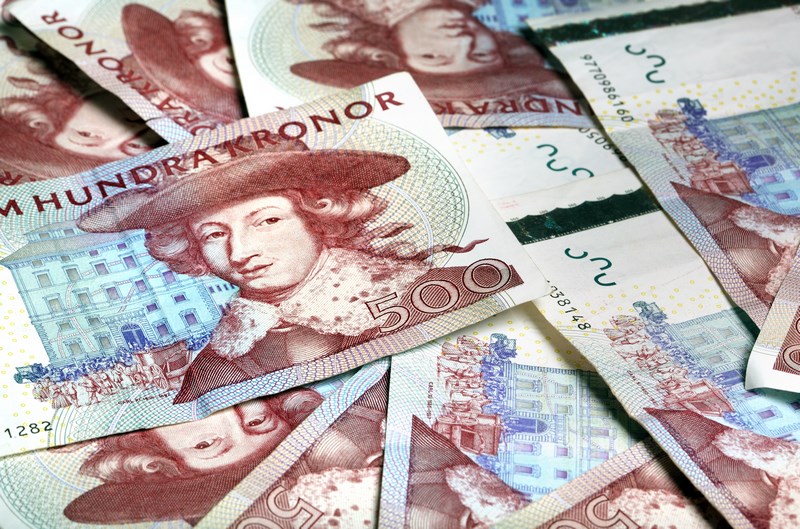 Stena Sphere dates back to November 18, 1939, when the Sten A Olsson Metallprodukter trading company was established in the Swedish city of Göteborg. The founder of the company was Sten Allan Olsson, who lived between 1916-2013 and was the son of Captain Gustav Olsson. In 1946 Sten Allan Olsson bought his first vessel for a loan of SEK 25,000 from Handelsbanken. In the following years the company expanded its activities both in Sweden and abroad. At present Stena Sphere holds three companies:

Stena AB, which also serves Stena Line ferries. In addition, Stena AB’s subsidiaries are involved in the construction, sales and chartering of vessels, for example, for Stena Line, serving the fleet of tankers worldwide, but also providing asset management services.

Stena Sessan AB, acquired by Sten Sphere in 1980, was a competitive company headquartered in Kattegatt, Denmark.

We will look more closely Stena AB, or more precisely to her daughter Stena Line. The company was founded in 1962 by Sten A. Olson in the city of Göteborg, which still serves as the headquarters of the company. Initial shipping activity was conducted on a small scale. In the early 60s ferry services started between Gothenburg and Skagen in northern Denmark.

In 1972, Stena Line was one of the first ferry operators in Europe to introduce a computerized booking system for the travel industry. In 1978 a computer reservation system was also introduced in the transport of goods.

In 1980, Stena Line acquired three other ferry companies. In 1981 Sessan Line, the largest competitor of Stena Line. Sessan Line was acquired and incorporated into the Stena line. Stena took over two large new ships, the Kronprinsessan Victoria and the Prinsessan Birgitta, which became the largest vessels operated by Stena at the time. In 1983 Stena acquired Varberg-Grena Linjen, and two years later also entitled to the former company name, Lion Ferry. Lion Ferry continued to operate as a separate marketing company until 1997, when he joined Stena. In 1989, Stena acquired another ferry company, Stoomvaart Maatschappij Zeeland (SMZ), which operated under Crown Line. With this transaction, the route between Hoek van Holland in the Netherlands and Harwich in Essex in England became part of Steny Line.

In 1996, Stena Line introduced a 20,000-ton HSS (High-speed Sea Service) vessel operating on Belfast – Stranraer (Scotland), Holyhead (Ireland) – Dun Laoghaire (Ireland) and Hoek van Holland – Harwich Essex). In addition to three 1,500 HSS vessels, Stena Line has ordered two smaller HSSs, which carry 900 passengers on the Gothenburg-Frederikshavn route (Denmark). Due to the bankruptcy of the shipyard only one of these ships was completed.

In 1998, the cruises of Dover and Newhaven in England were merged with P&O European Ferries to establish a new P&O Stena, of which 40% were owned by Stena Line and 60% belonged to P & O. In 2002, P & O acquired all of Stena Line’s stake in the company, becoming P & O’s sole owner, Sten, which soon changed its name to P & O Ferries.

In 2000, Stena Line purchased another Scandinavian ferry operator, namely Scandlines AB. In November 2006 Stena ordered a pair of “super ferries” with a gross tonnage of 62,000 from the Norwegian company Aker Yards. Delivery took place in 2010. Ferries are among the largest ships in the world that are operated in the North Sea on the route from Hoek van Holland to Harwich. Up to now, ships from the North Sea have been transferred to the Kiel route (Germany) – Göteborg, while ships from Kiel were transferred to the route Gdynia – Karlskrona (Sweden).

In July 2009, Stena Line bought the former ship, Stena Parisien, from SeaFrance. The ship is now known as Stena Navigator and has undergone extensive refurbishment. The ship was introduced on the Stranraer – Belfast route, alongside HSS Stena Voyager and Stena Caledonia.

In December 2010 Stena Line announced that it had acquired Northern Ireland. The sale included routes from Belfast to Heysham and Birkenhead (England), two vessels flying to Heysham (Scotia Seaways and Hibernia Seaways) and two ships to Birkenhead (Mersey Seaways and Lagan Seaways).

Accidents involving Stena Line ferries are not so rare, because on average every few years. Some are more dangerous, others less. In 2012 the Stena Spirit ferry hit the gantry on the Gdynia quay. Three port workers were injured, one of them hard. Other Stena Line ferries on the route between Gdynia and Karlskrona include, among other things, rubbing against a breakwater, wharf, destroying passenger liners. In mid-October 2009, Stena Baltica caught a glimpse of a passenger’s sleeve. This happened when approaching the Karlskrona terminal. As a result, the sleeve turned over to the tank below the tank. As a result, 800 liters of fuel spilled onto the wharf. There were 170 people on board, thankfully nothing happened.

On the open day, when everyone can enter and see the ferry, the unit wiped off the Pomeranian Quay. As a result, a depth of about 2-30 meters was formed. The wharf was also damaged, but just before it was repaired, so the port did not demand compensation from the shipowner. Interestingly, Stena Baltica has been with him for some time and was not immediately sent back to the shipyard.

Of course there have also been accidents in other places. The Stena Line ferry carrying about 600 people was severely damaged after a collision with a tanker on Vinga Island near Göteborg in 2015.

However, remember that Stena Line handles thousands of calls, and collisions happen sporadically and fortunately they are not very dangerous at least in recent years.

Stena AB on the stock exchange

The company is listed on the Stockholm Stock Exchange acquired by Nasdaq. The stock market is now called Nasdaq Stockholm and is part of the Nasdaq Nordic, which brings together the Scandinavian and Baltic exchanges.

Some brokers offer CFD contracts for shares of foreign companies, including Stena AB. With CFD contracts we can speculate on price changes without physically buying securities, which is often not so easy without being a resident of a particular country. Contract for Difference, means an electronic transaction based on the price of such instruments, currencies, indices, stocks, and more. By trading CFDs, we have virtually no restrictions on short sales. This means that we can make a profit during the period of bear markets. During bear market stocks of all companies, including those with good fundamentals, is falling. If you are concerned that your stock market investments may lose value, you can use CFDs to compensate for potential losses, taking a short position. Suppose you own shares in Stena AB and you do not want to sell them only because there are weak moods in the markets. In this situation, you can earn a short position on a CFD contract, which will compensate for losses on the stock market.