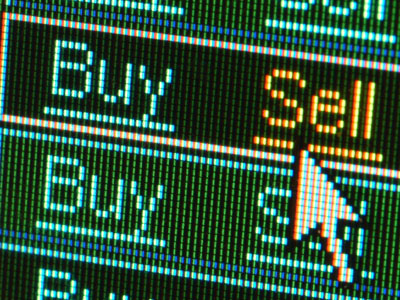 The famous investor Warren Buffett used to say “price is what you pay. Value is what you get”. All investor would like to pay as little as possible for the value received. For this purpose, it is necessary to examine what is the difference between the intrinsic value of a given share compared to its market valuation, i.e. simply a stock exchange rate.

There are three main approaches used in valuation. They are all based on the economic principles of price equilibrium, anticipation of benefits or substitution. The principal valuation approaches are:

Market Approach is to value the company by comparing it to trading multiples of similar public companies. The second method of market approach is to compare to precedent transactions of similar assets or businesses.

Income Approach consists in creating a financial model that will forecast future revenues, costs, investments, etc. and on its basis future cash flows are determined which are used to determine the value of a given company.

Cost Approach is valuation that surmises that the price a buyer should pay for assets or business should equal the cost to build similar assets or business. There are two methods of cost approach, replacement costs and reproduction costs. The difference between these methods in short is that the cost of replacement method is estimated in accordance with current technology. In reproduction costs method, we estimate the production cost of given asset and the degree of its deprecation at present.

Asset-Based Approach focuses only on accounting entries and determination of net assets value (NAV), it means assets minus liabilities.

We will focus on the two most popular equity valuation methods, i.e. the market and income approach. The approach market methods are simpler to the income method, of course, if we find comparable companies. Nevertheless, the income approach is more popular, although it is a very subjective method.

One of the method of market approach consists in finding a group of similar companies, calculating trading multiples for them and, on their basis, making a valuation of the company we are investigating. Companies that will be used to quote our company should:

The steps we should take when using the multiples method are as follows:

There are two types of multiples:

Equity Value are indicators that focus on the values belonging to the owners:

Enterprise Value (EV) are multiples focusing on equity and debt:

Premium and discount in the company’s valuation

Adjustments in the form of premium and discounts are used for reasons of liquidity, i.e. the ability to quickly buy or sell a company on the public market and for controlling the company, because valuating a listed company, we estimate shares available in free float, not a controlling shareholding which often remains in the company’s founders.

Applying premium and discount for the lack of liquidity:

Applying premium and discount for control:

The formula for the company’s valuation:

An example of the valuation of ABC by the multiples method

Financial data of the company for the years 2015-2017 in thousands.

The company GHI has been operating on the development market since 1979. The company has been listed on the stock exchange since 1998.

The company JKL has been operating on the development market since 2001. It focuses mainly on the housing market. The company has been listed on the stock exchange since 2007.

Two most popular P/EPS and EV/EBITDA were selected for the valuation. Indicators can be found on some portals devoted to investing, or you can calculate yourself on the basis of the financial statements.

There was no need to apply a discount or premium due to the level of liquidity or lack of control.

Valuation of the company

The valuation based on the P/EPS and the use of equal weights for all years is 50.36 per share (the valuation was divided by the number of shares, 22 500K, to get the price of one share).

The valuation based on the EV/EBITDA and the use of equal weights for all years is 10.32 per share.

The valuation based on the EV/EBITDA related to the value of the entire enterprise, i.e. equity and liabilities. In turn, we are looking for the value of equity, so we have to deduct interest-bearing liabilities from this value, and add cash that is in the company’s possession, that is, adjust for net debt.

The final valuation based on EV/EBITDA is as follows:

After using equal weights for P/EPS and EV/EIBTDA, the final valuation is as follows:

ABC is listed on the stock exchange at 30 per share. The multiples method allowed to estimate the value of the company at 27.49 per share, which means that the company is overvalued in relation to its internal value. 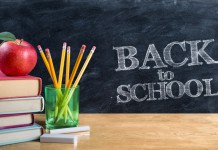