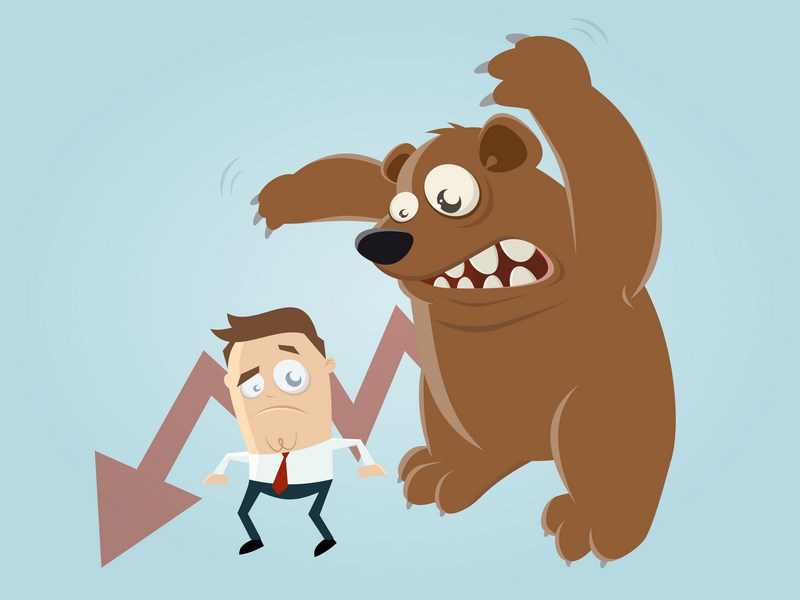 Economies are characterized by an uneven economic growth rate, which is referred to as business cycles. In certain periods, the economies are rapidly growing, and in others they fall into recessions. The fiscal authorities, the government is responsible for economic policy, as well as monetary authorities, i.e. the central bank. Stock markets also have different periods.

The stock market in 4 phases

Accumulation is a period when the market shows low activity after strong falls. Prices have fallen sharply due to the bursting of the speculative bubble, the emergence of a crisis or both. Although most of the bad news has been discounted, the most of traders are afraid to think about investing, having in mind the severe losses caused by strong declines. However, not everyone is afraid of entering the market. Experienced traders start buying shares at this point, expecting prices to reach their bottom. After the big players acquire the right amount of shares, prices start to go up. Of course, they do not always manage to capture the bottom, the prices may go down later or fall, but it’s about capturing the moment when the risk of falling is very low and the upward movement is very likely. Quoting one of Warren Buffett’s biggest investors, you should be greedy when others are scared and you should be scared when others are greedy. In summary, the period of panic is often used to purchase shares by more experienced traders, and the period of euphoria, when everyone thinks that prices will go up into infinity is the best period to realize profits.

The uptrend starts when prices break from the horizontal trend, that is from the accumulation phase and there is a significant upward movement. More traders see potential in the market. The end of the falls and the beginning of the bull market are getting louder and louder.

Distribution is the phase when, after a long-lasting upward movement, large players begin to realize their profits. During this period there is a lot of optimism related to stock markets. In the news you can hear only good information about the stock market and the economy. An increasing number of retail investors are starting to be interested in investing in the stock exchange. When small investors start to enter the market, big players of the so-called Smart Money starts to dispose of shares, i.e. they sell stocks small players, making very large profits, because they bought them during the accumulation phase. When the rest realizes that they have entered the market in the last phase of the bull market, the sale begins.

What is characteristic of bear market?

Now we will take a closer look at the bear market. The collapse of the market usually occurs suddenly and may be caused by the bursting of the speculative bubble, the advent of the economic crisis. The latest examples of the slump come in the collapse of the real estate market in 2008 in the United States, the bursting of the internet bubble in 2000 or the financial crisis in Russia in 1998.

When the economy falls into recession, it is closely related to the stock exchange as well. Finally companies are listed on it, which are mainly responsible for its development. Economic problems are usually caused by the economic policies of governments and central banks. Central banks in particular play a large role in causing economic crises. First, they lower interest rates and increase money supply in order to start up the economy, and when the prices are too high and speculative bubbles arise, for example in the real estate market, the brake is pressed in the form of raising interest rates and the economy is holding back, sometimes sharply. Therefore, investing in financial markets is very important to closely monitor the activities of central banks.

There are 3 phases of the bear market

According to Dowa’s theory, we can specify several important features of the bear market

Intermarket analysis, or signals from other markets

Investors often focus on the market in which they invest, for example the stock market, without even wondering what is going on in other markets and whether it has any impact on the market on which they invest. Already in the 1980s, when there was a significant development of futures markets, it was discovered that all market segments are interrelated. Offered futures for bonds will be closely related to the stock market, and the commodity market is directly related to the currency market, and above all to the US dollar. What give us signals from other markets? Thanks to them, we can predict what will happen on the market in which we invest, because the behavior of other markets will also cause the reaction of our market.

Some basic dependencies on financial markets

Bonds and shares usually move in the same directions. Capital market instruments, bonds and shares usually move in the same direction. Thus, when there are discrepancies, this is the first warning signal. The government bond market will usually react first to changes in interest rates, and only later will the share prices react. The anticipation is about 6 months. When inflation and interest rates begin to rise, capital will first start to escape from the debt market, and then from the stock market to assets better protecting against inflation, more precisely against negative real interest rates, ie when market interest rates are lower than inflation. Noble metals such as gold are such assets. Taken together, the collapse in bond prices is the first warning signal for the equity market. And vice versa, investors after the collapse and after strong drops in the capital market will first become interested in a secure bond market, and only later will they look for higher rates of return on the stock market. Thus, a reflection of bond prices after a long-lasting inheritance movement may signal the return of investors to capital markets and may therefore signal the upcoming bull market bullish stock.

Finally, it is worth mentioning the very strong relationship between the US dollar and the commodity market. The best known and one of the stronger negative correlations is observed between gold and the US dollar. A strong dollar will intensify the fall in gold prices and vice versa. Thus, changes in the value of the US dollar will affect prices on commodity markets, which in turn will affect inflation and interest rates, and this has a bearing on the bond and share market. You can find more about the cross-market analysis in this article.