It’s no secret that novice traders often lose money when trying to invest in “trendy” products.

Those entering trading from a non-financial background are never interested in “cheap” instruments. Until they settle into the “rhythm” of their strategy, they tend to look for disproportionate gains.

This happens since rising stocks catch their eye. The only thing that matters is past performance. They think “if the price is rising why shouldn’t it continue? If everyone is buying then so should I.” The product is immaterial; commodities, stocks, property or bitcoin.

A few days ago I read an interesting article which compared popularity with price There is a high correlation. The higher the price goes the more it is highlighted online so the more traders read about it and the closer it gets to the top.

There are a number of examples of this phenomenon across a few asset classes.

Over a fourteen year period, gold had been attracting investment as a store of value. By August 2011, the price reached $1,920 per ounce.

The keyword most often used in was “gold trading”. At this point that was, lets say 100%. Today the equivalent level is 76%. The latest gold price was $1,220 per ounce. 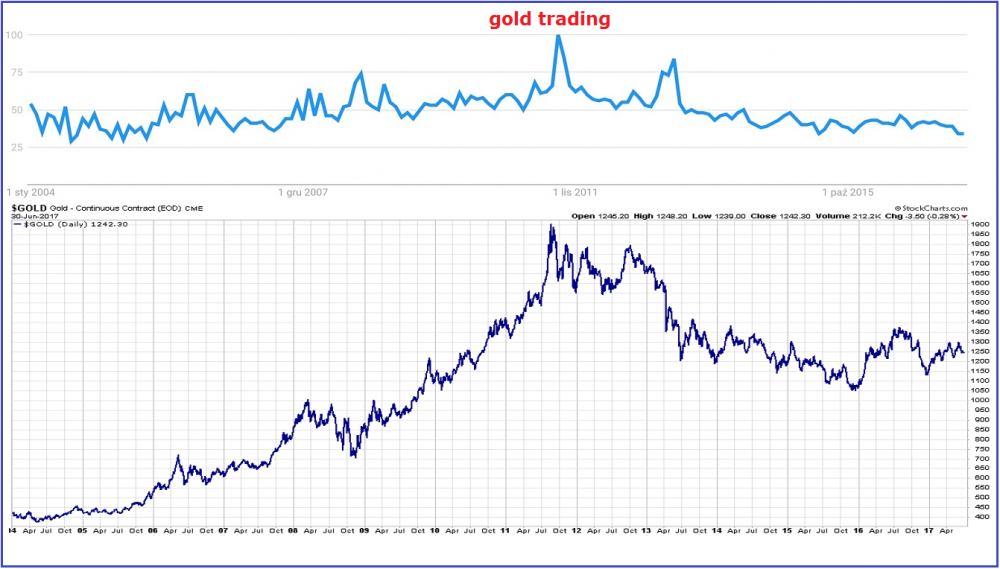 When the price started to rise, interest grew. As the price reached $50 per ounce, the keyword “silver trading” had quadrupled in popularity. 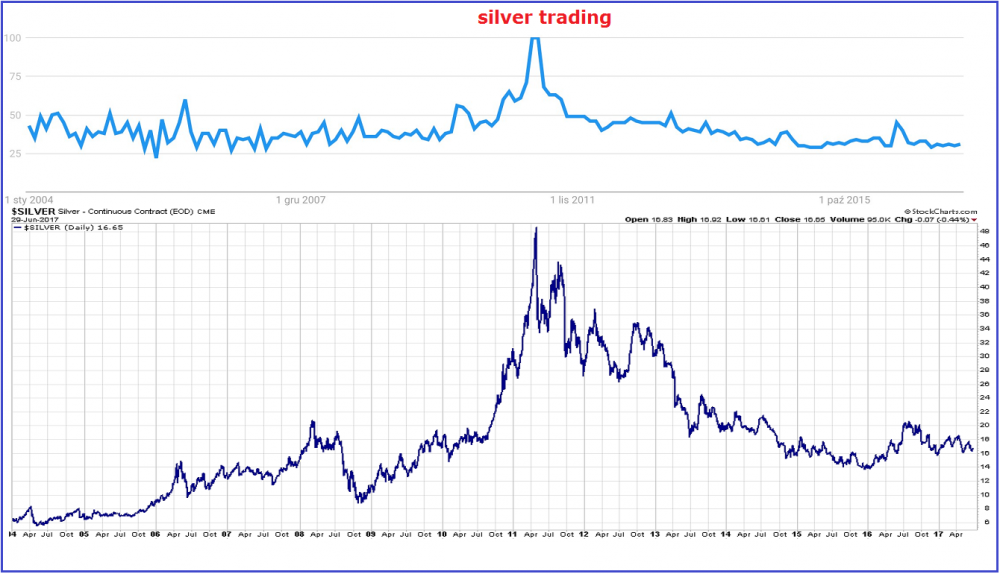 Crude is no exception.

There were two peaks; First was when the price rose from $ 25 to $38 a gain of 52% in two years, the second was more emphatic the price close to tripling in eighteen months from $50 to $147.

The highs reached are the same as the peaks in “oil trading” as a keyword. 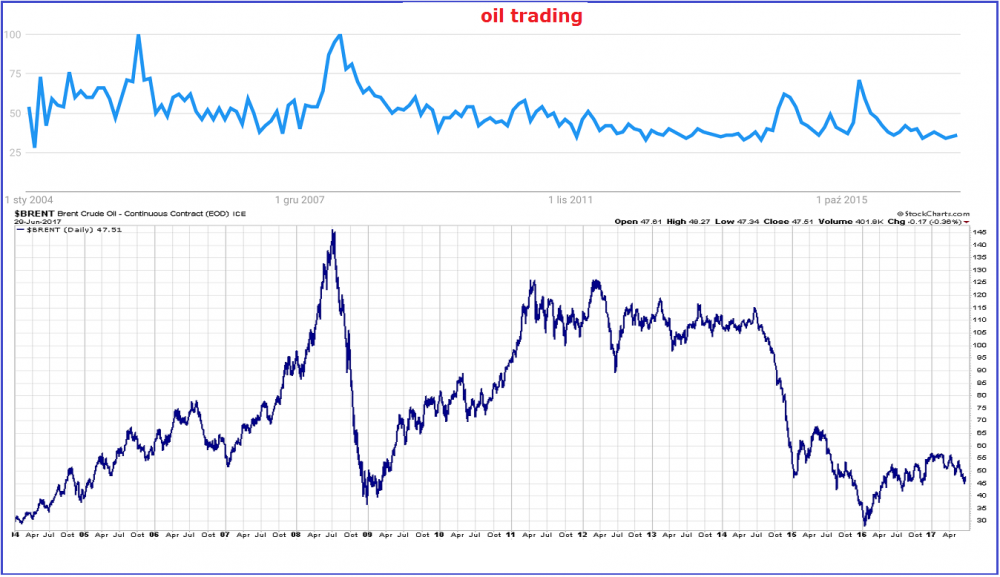 Welcome to the second decade of the new millennium!

There were three highs on the chart. First when the price went from $3 to $140. The price then fell as did the popularity of the keyword. The second spike was when Bitcoin rallied again this time from $90 to $1,000. Over the next two years the price dropped by about 80% and, it’s no coincidence, so did the popularity of the keyword. The final spike was a rise in keyword searches of 400% when bitcoin rose to its current price around $2,500. 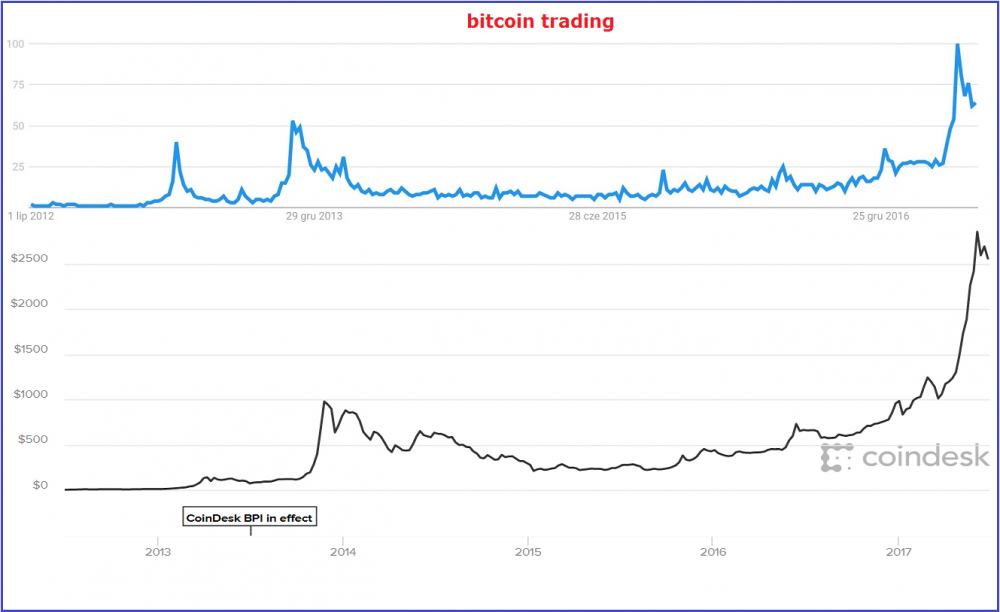 I am short this stock!

Will record interest coincide with the high? Only time will tell but there is evidence! 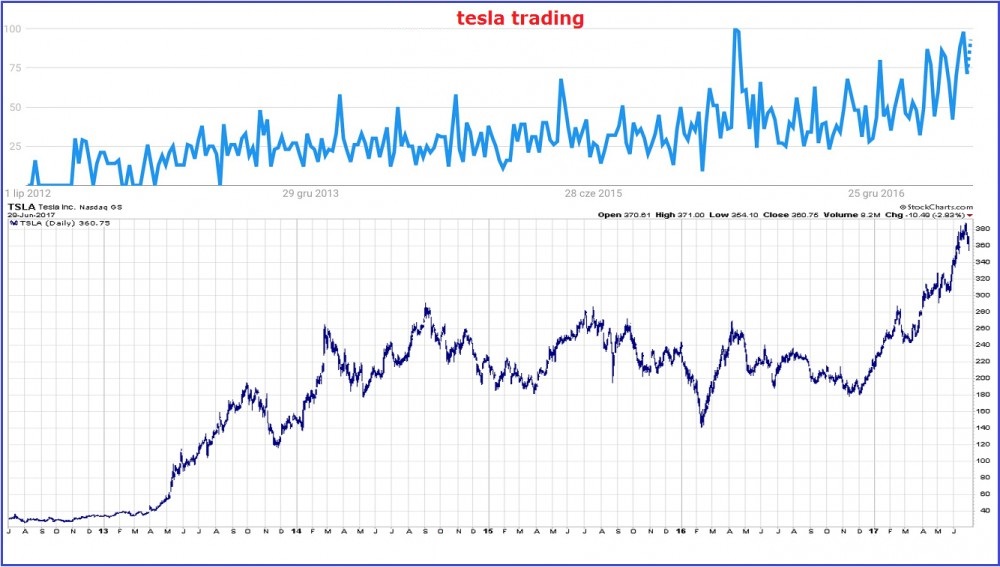 In the past, sentiment was the proxy for keyword searches since it showed up as negative as well as positive. It was a simple calculation. The more investors were pessimistic about a stock, the closer it was to the bottom. The capital needed to raise the price was invested elsewhere.

The same is true in reverse. The higher the optimism the closer to the top. This is because the “smart money” is already invested and looking at an exit strategy while the novices are still considering buying.

Keyword search volume has advantages over sentiment. It shows volume and mass behaviour. 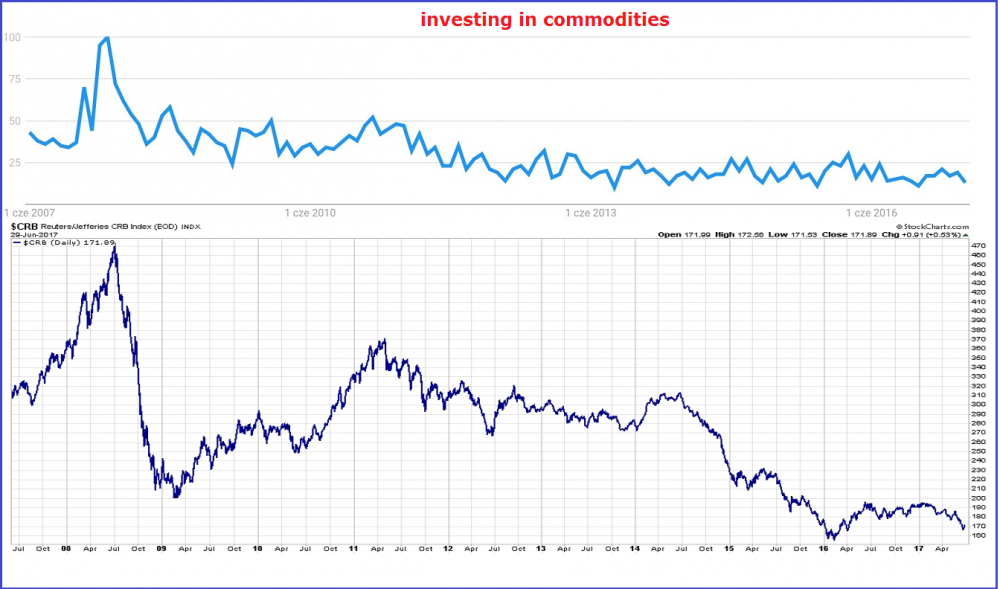 The last bubble came in 2008 due to the weak dollar. Price rose until 2011 but this has been followed by five years of weak prices, ending in January 2016.

The popularity of the “trading in commodities” keyword search has has risen in an almost identical manner since!