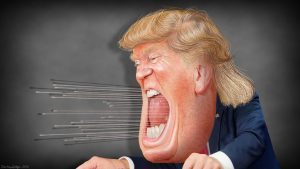 It seems that the major issue that President Trump is going to face over the term of his Presidency is the ability to pass legislation!

This is not a good look for a President and makes him no more than a figurehead. It is open to interpretation whether he makes a good figurehead for the U.S.

The dollar fell as the market reacted to the knock-on effect. If he cannot pass healthcare legislation, can he pass economic stimulus and fiscal reform bills? If he can’t where does that leave the tightening of monetary policy. Any slowdown in the economy will have a major effect on the dollar which is buoyed by the prospect of a wider interest rate differential.

The Euro made a significant move higher and looks likely to test major resistance at 1.1420 and 1.1500. Sterling, despite suffering from its own problems, managed a rally against the dollar breaking the 1.2800 barrier.

The Euro is looking to enter overbought territory against the dollar and may see some correction before fresh buyers emerge. Weak longs on this move will be particularly vulnerable. 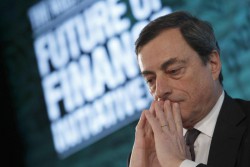 Mario Draghi, the ECB President will make his third speech in three days later today. On Monday, he was a dove. Yesterday, he was a hawk. So, it is anyone’s guess what he will be today. One thing is certain, bull and bears alike will be listening to what he says!

Using his last few weeks before holiday to outline the ECB’s view on the Eurozone economy is an entirely predictable and high sensible action to take. This is “advance guidance” at its most subtle and allows markets to be “eased into” gradual policy changes.

The 1.1380 level is a one year high and the common currency is extending its advance through that point. Against sterling the advance has been slower but no less impressive. 0.8840 has been strong resistance but we have seen that level broken. A head and shoulders formation broken last November is now proving a little resistance but 0.9000 looks clearly attainable. 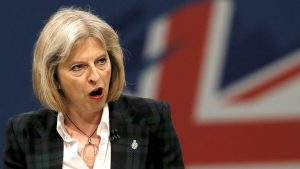 In yet another test of her ability to lead and govern, British Prime Minister Theresa may will face the House of Commons today in what will be an interesting tableau of how much support she has from her own party.

She will face opposition MP’s, of which there are more than there have been since the coalition in 2010, “baying for blood”. Her, “I got us into this, let me get us out”, mantra will be tested to the limit. She will have to show resolve and dependant on how her “back-bench” colleagues react this could be a major watershed.

Sterling has been reacting primarily to external factors driving other major currencies. Brexit is still the major event risk but anti-austerity whipped up by the leader of the opposition, Jeremy Corbyn, is starting to take hold domestically.

An ideological battle between the tax tax tax, spend spend spend mentality of the socialist agenda is being seen as a major challenge to the cut cut cut doctrine of the right.

This will be the battleground right up to and probably after the next election whenever that may be held. Having secured her deal with the ten Northern Irish MP’s, Mrs May is a little more secure. At least her Government is.

Today will go a long way to solidifying or otherwise her personal position.