Market suddenly hit with drivers from all directions.

So, does the U.S. have a dollar policy? Be it weaker be it stronger, Trump and Mnuchin have managed to bring confusion to trader’s positions with contradictory comments.

It is hard to believe the President when he says that his Treasury Secretary’s comments were misconstrued or taken out of context. When Mnuchin said “a weaker dollar is clearly in the best interests of the U.S., what else could he have meant. Maybe it was just Trumps macho side kicking in which won’t allow him to see anything American as “weaker”.  He clearly prefers other nations currencies to strengthen rather than the dollar to weaken. Splitting hairs? Of course, but that won’t have been lost on ECB President Mario Draghi.

It was a real old-fashioned trading day yesterday, one that used to be the norm when there were multiple drivers and liquidity was lower than we see today. The market has become far more used to order with a single driver per day. “Today its Brexit, tomorrow it’s U.S. employment, then Eurozone monetary policy.”

There was a lot of money to be made yesterday and the opportunity to then lose it or vice versa. Once the U.S. administration sort out their dollar policy, or the great and the good leave Davos, the market will return to normal. Trump makes a speech to the WEF later today although it is doubtful he will bring any further clarity.

Draghi both Hawkish and Cautious

As is usually the case with the President of the European Central Bank, Mario Draghi didn’t disappoint at his press conference following yesterday’s Council Meeting. He sounded just the right level of confidence over future growth prospects but tinged his words with notes of caution over the strength of the common currency and the future path of inflation. 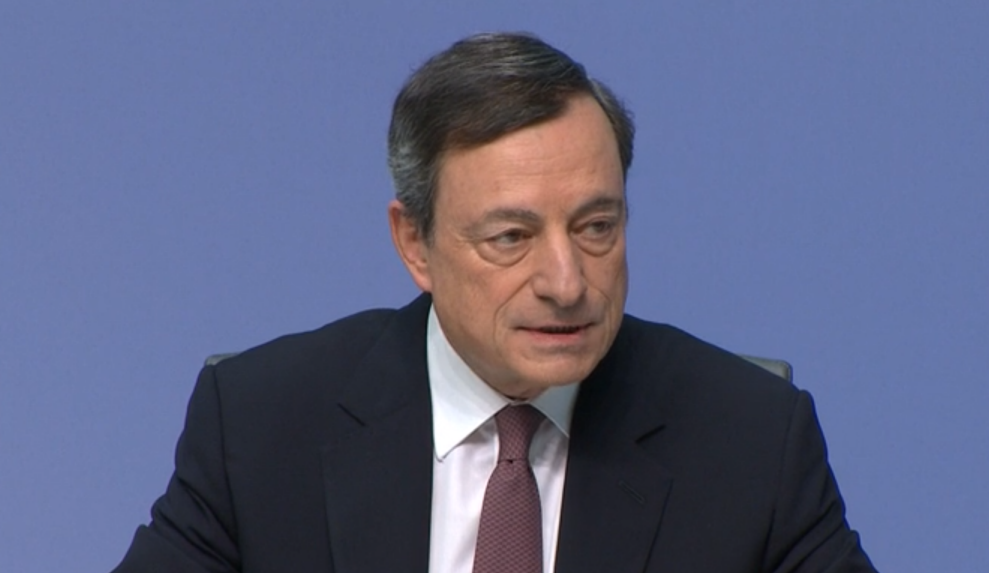 Draghi voiced a concern over U.S. currency policy fearing that further dollar weakness could derail the growth that is spreading throughout the entire eurozone. He said the he believed “said economic data pointed to “solid and broad” growth with inflation likely to rise in the medium term.

The single currency reached analysts medium term target of 1.2520 as concerns over more dovish comments from Sr. Draghi proved unfounded although it later retreated following the comments on dollar policy from President Trump. GDP data is set to be released today on both sides of the Atlantic. There is more optimism over the U.S. figure, likely to be above 3% than in the UK where Q4 growth will struggle to be above 1.5%.

Sterling hit from all sides.

Sterling retreated into the shadows a little yesterday driven by factors affecting other currencies.

The confusion over the U.S. Administrations dollar policy pushed the pound first to a new post-referendum high then brought a violent correction.

if, as seems likely, U.S. policy is for a weaker dollar, particularly in the short term then it is probable that he entire fall in Sterling caused by the referendum result will be retraced. This will have a very positive effect on inflation and close the gap between wages and prices which should improve consumer confidence which has been falling recently.

There are stories circulating that the UK will accept a “Norway style” deal during the Brexit transition period. This means that the country will continue to accept EU regulation, free movement and the jurisdiction of the European Courts but will have no power to affect the laws. This could lead to a further split in the ruling Conservative party, many of whose MP’s favour a far tougher stance even during the transition for fear that any “Brexit lite” deal will be extended into the final agreement. As talks get under way again, Sterling is likely to become a little more pressure particularly as the markets short Sterling positioning has now been almost completely eroded.