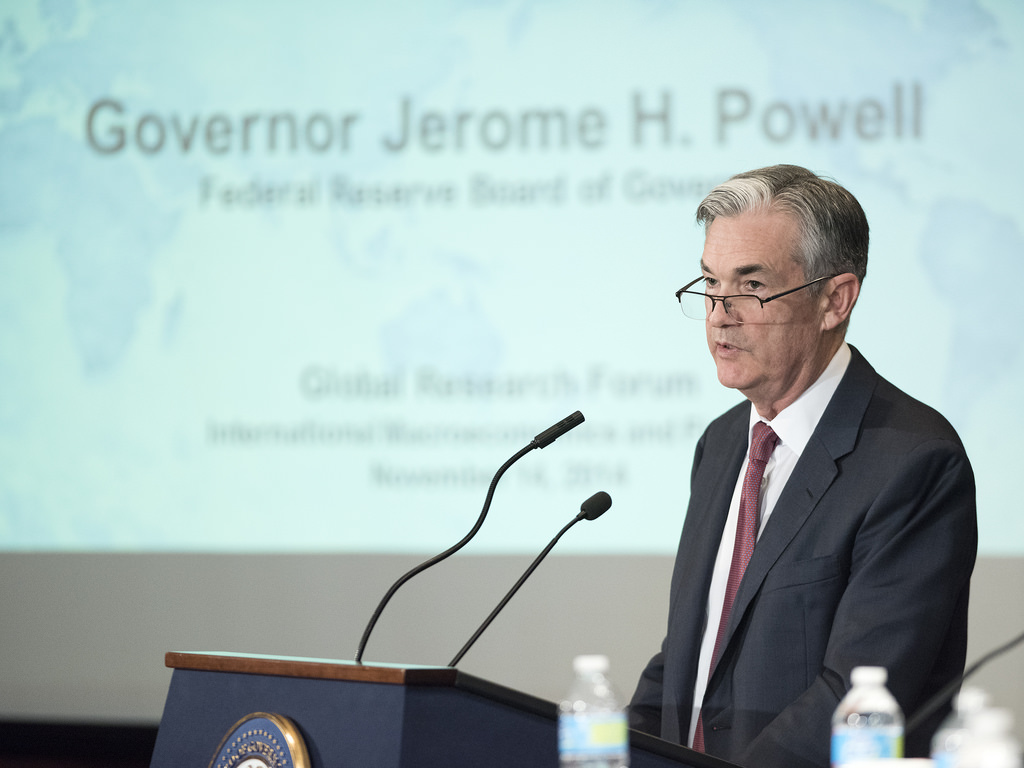 Jerome Powell the new Chairman of the Federal Reserve will make his first testimony to congress this week. He will take the opportunity to set out his own agenda for the role, but it is doubtful he will depart too far from his predecessor’s ideas. He may wish to be a little less pre-emptive but given the recent pickup in wage inflation and the expectation for increases in consumer prices, the time for pre-emption may have passed.

He will probably be armed with an indication of what wage inflation has been like in February following the stellar rise in January but the rest of us will have to wait until March 9th for confirmation.

Powell will acknowledge that the economy is starting to pick up pace and that the normalization of monetary policy will happen sooner than later. He will need to express caution concerning the reduction in the size of the Fed’s balance sheet as the effect of the release of such a huge amount of bonds back into the market will have a massive effect. The timing and duration of that action will be eagerly expected by the administration and market alike.

Donald Tusk the President of the European Council has already labelled the UK Government’s proposals for a “varied” relationship with the customs union and single market following Brexit as “fantasy”. He is unlikely to be swayed by the updated proposals set to be announced later in the week.

The UK opposition Labour Party will set out its stall later today. The closeness of the polls makes Labours calls to remain in some kind of Customs Union and a proposal for the single market more relevant. It seems that they may be moving a little close to a remain posture having gauged the mood of the electorate who could have softened their view of Brexit given the uproar it has already brought and the economic devastation a “hard Brexit” could bring.

The “Brexit optimism” that hovers around the pound while negotiations take place is set to evaporate and if past form is anything to go by, the pound could lose ground this week as the EU rejects out of hand the UK Government’s ideas.

The centre piece of Labours trade negotiations will be working together with Brussels to create agreements with global trading partners. It is hard to see how that can be anything other than contrary to the UK’s best interests since the EU would never agree to a deal which was better or even equal to its own terms.

Since Germany’s wholly expected Grand Coalition was agreed earlier this month, it could be anticipated that the political flames that burned so brightly across the Eu last year have been doused. But no, the Italian election takes place this Sunday with all the attached nationalism fervour with right and left both pronouncing their hatred for Brussels, the threat of an alternative currency to rival the Euro and the forced repatriation of refugees and migrants.

Italy has suffered at the hands of EU regarding the migrant crisis. Brussels have dragged their feet in the resettlement process of those arriving from North Africa with serious consequences for an Italian economy that is struggling with banking issues, continued high debt to GDP ratios and youth unemployment still above 32% although it has fallen over the past year.

Italian politics rarely needs much in the way of encouragement to become radical and such has been the case this time around. The old war horse, Silvio Berlusconi has returned to the fore and two minority parties; The Northern League and Forza Italia look like bringing their radical policies to Rome as part of a wide-ranging coalition.