The price of the Australian dollar in tandem with New Zealand for two weeks is in a narrow range between the low around 1.06 and the resistance at 1.0690. We see up and down moves. The new week began with a small growth gap, there was another attack on the upper band of this channel. As you can see in the chart, the bears quickly returned to the game.

If another downward impulse takes place, the bears have another 70 pips to cover before they are around 1,0600. Although there is no significant support here, but for some time the supply can not go below this level. Only after a successful attack on this region will it be possible to talk about further declines on AUDNZD.
If we look at the wider time horizon, a strong support is only around 1,0500. It was there that the supply surrendered in mid-April. After rebounding from this barrier, bulls returned to the game, which took the price of over 600 pips higher. 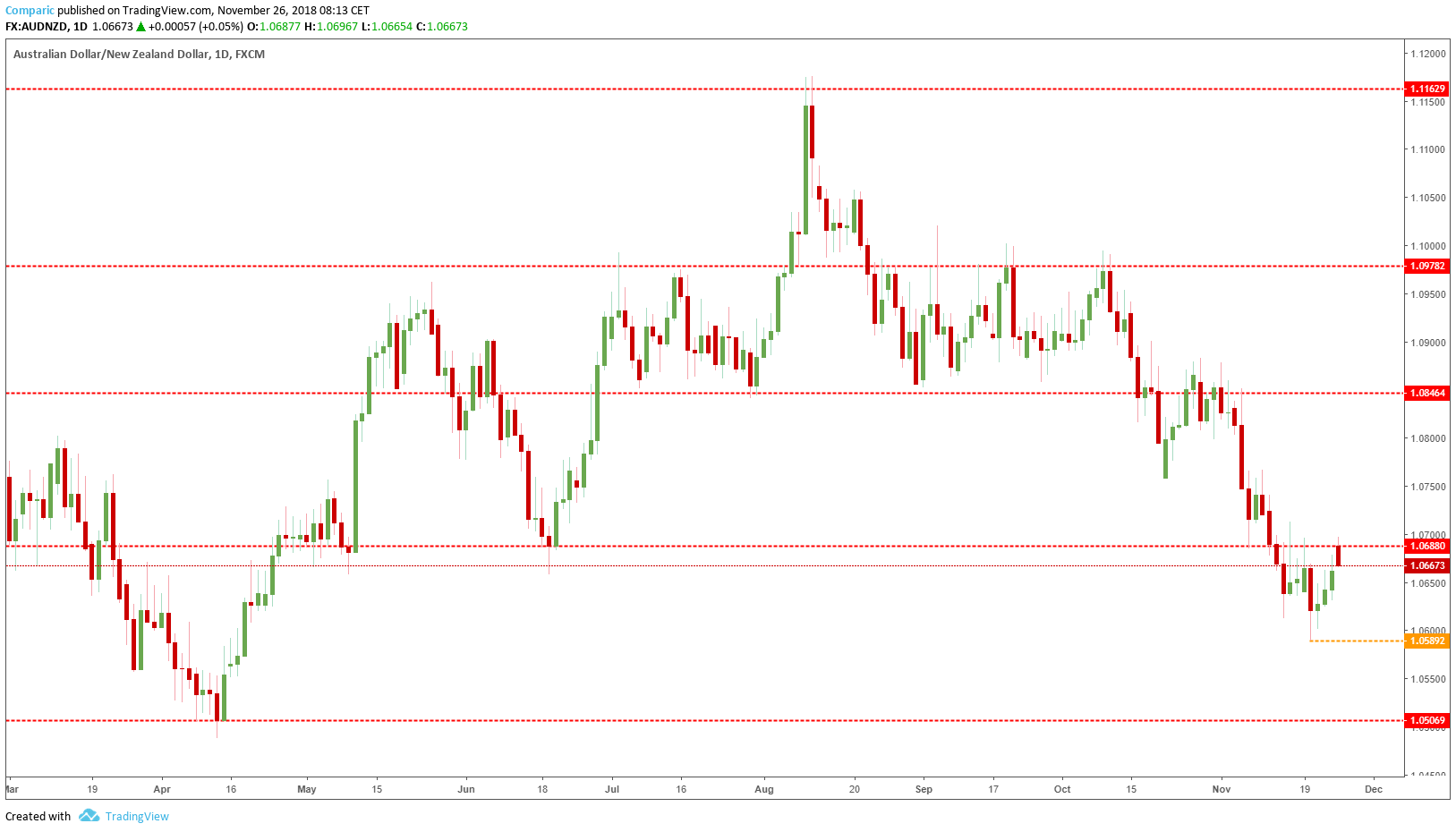