The four-hour chart shows a new wave of drops in the pair between the Australian dollar and the yen. Since the beginning of the week, there has been a rebound from the resistance at 82.75 and then a defeat without a major fight, another support at 81.75. Now there is the first major growth reaction. The future situation on this pair depends on the retest of the broken level.

Preparation for the declines?

The current AUDJPY retest opens the path to two scenarios. If there is a rebound from 81.75 and this level is confirmed as a new resistance, we can expect drops in the area of 80.40, where there is another support. It gives you up to 100 pips of profit to grab. The next target for bears will be the 78.80 region.

To use the analysis and invest on EURAUD, check the offer of the HotForex broker

Of course, the bulls can return to the game and overcome this resistance. In such a situation, the price should return to around 82.75 without difficulty. It should be remembered, however, that this demand barrier has not been overcome since July, so there may be another rebound, as it was already twice in November. 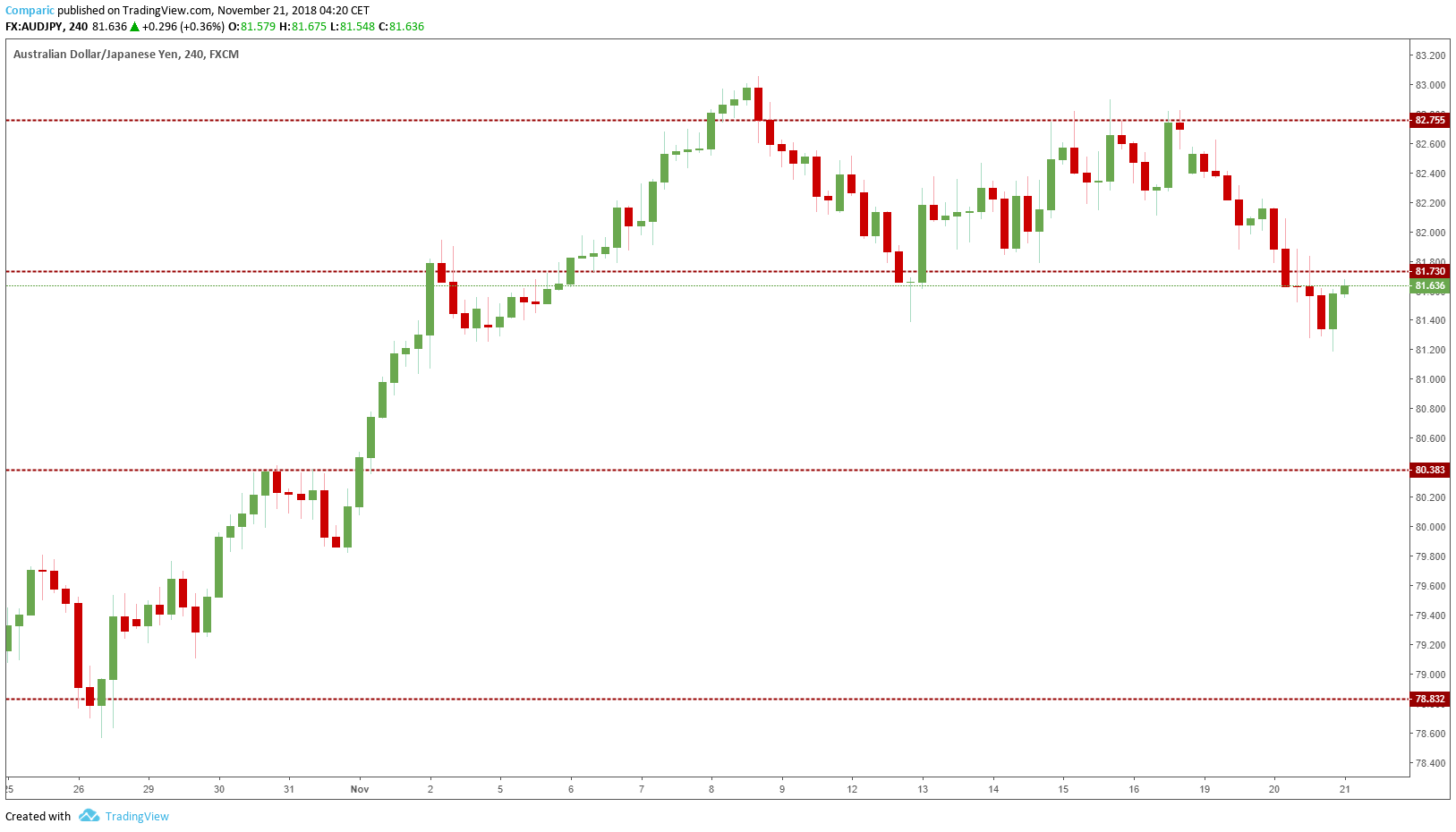