CADCHF significantly strengthened at the end of last month, and last Monday the exchange rate managed to test the August high at 0.7676. As can be seen in the daily chart below, during the Wednesday session we managed to overcome this peak / resistance. However, at the close of the next session the rate returned to 0.7676 and remained there until the end of last week.

The price action described above, indicated that the Wednesday breakout may turn out to be false. In addition, the previous move was characterized by a high momentum, where prices departed from the dynamic support in the form of medium EMA 10/20, which gave the potential to withdraw. 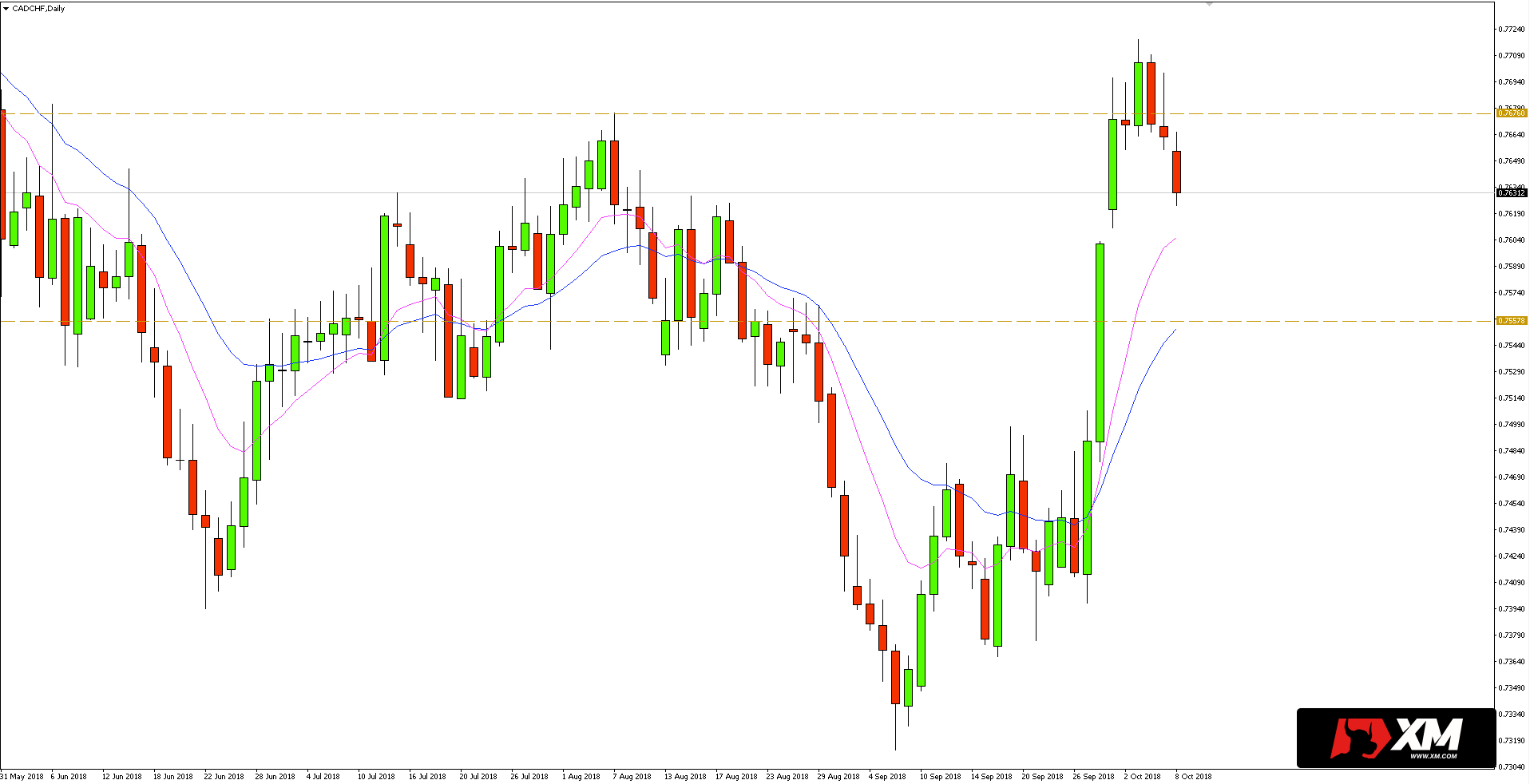 The current week started with declines, and on the 4-hour chart, the sellers beat local support close to 0.7655. In addition, the average EMA 10/20 are now heading south, and the price is below them.

Therefore, it may turn out that we are facing a correction of the last, strong growth. The closest support for such a scenario is around 0.7558, where 50% of the abolition of the last upward impulse falls. 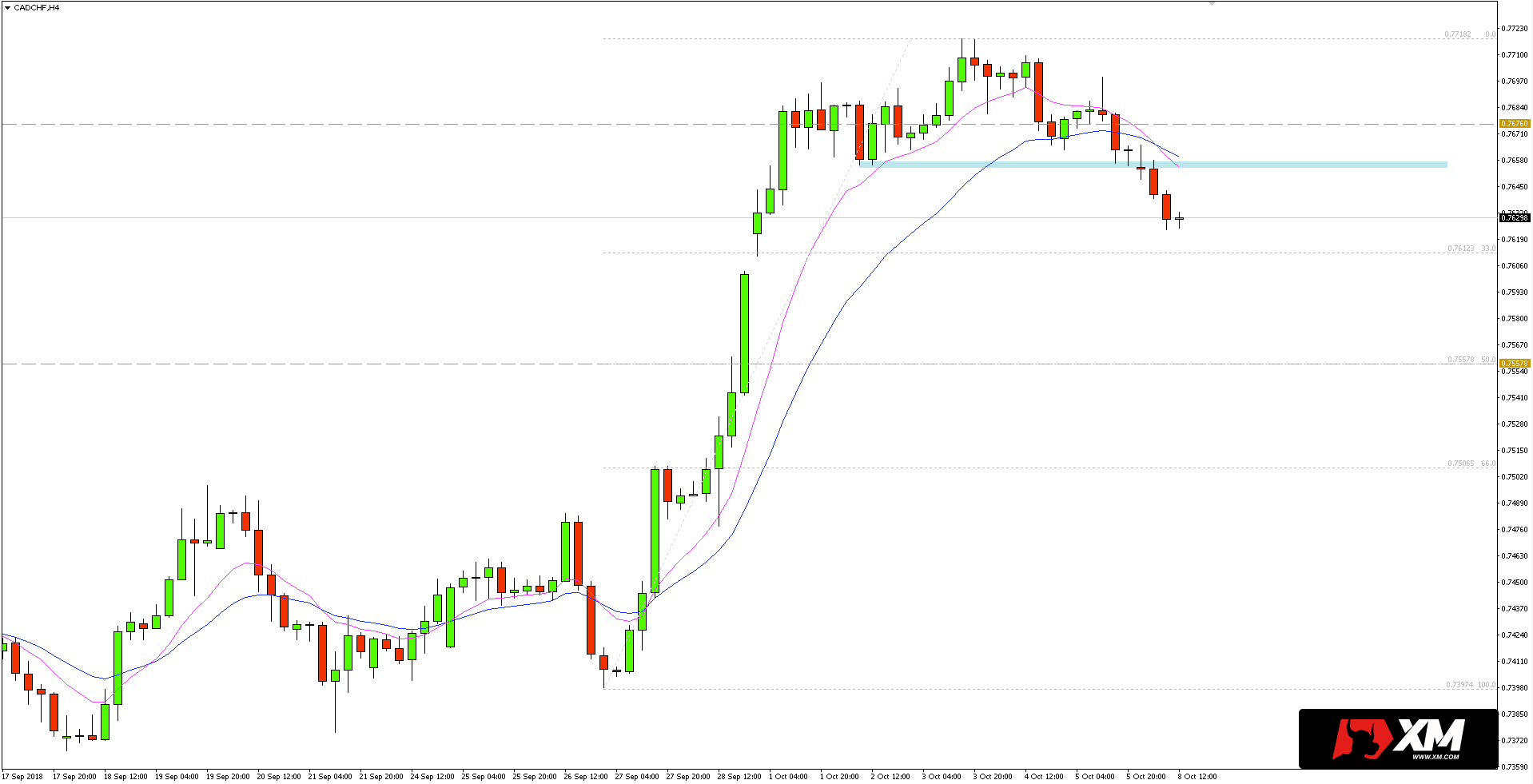