EURGBP is already growing for the 5th week in a row and after breaking the resistance of the channel moves on the outside of the Bollinger banner, thus indicating the advantage of the demand side. 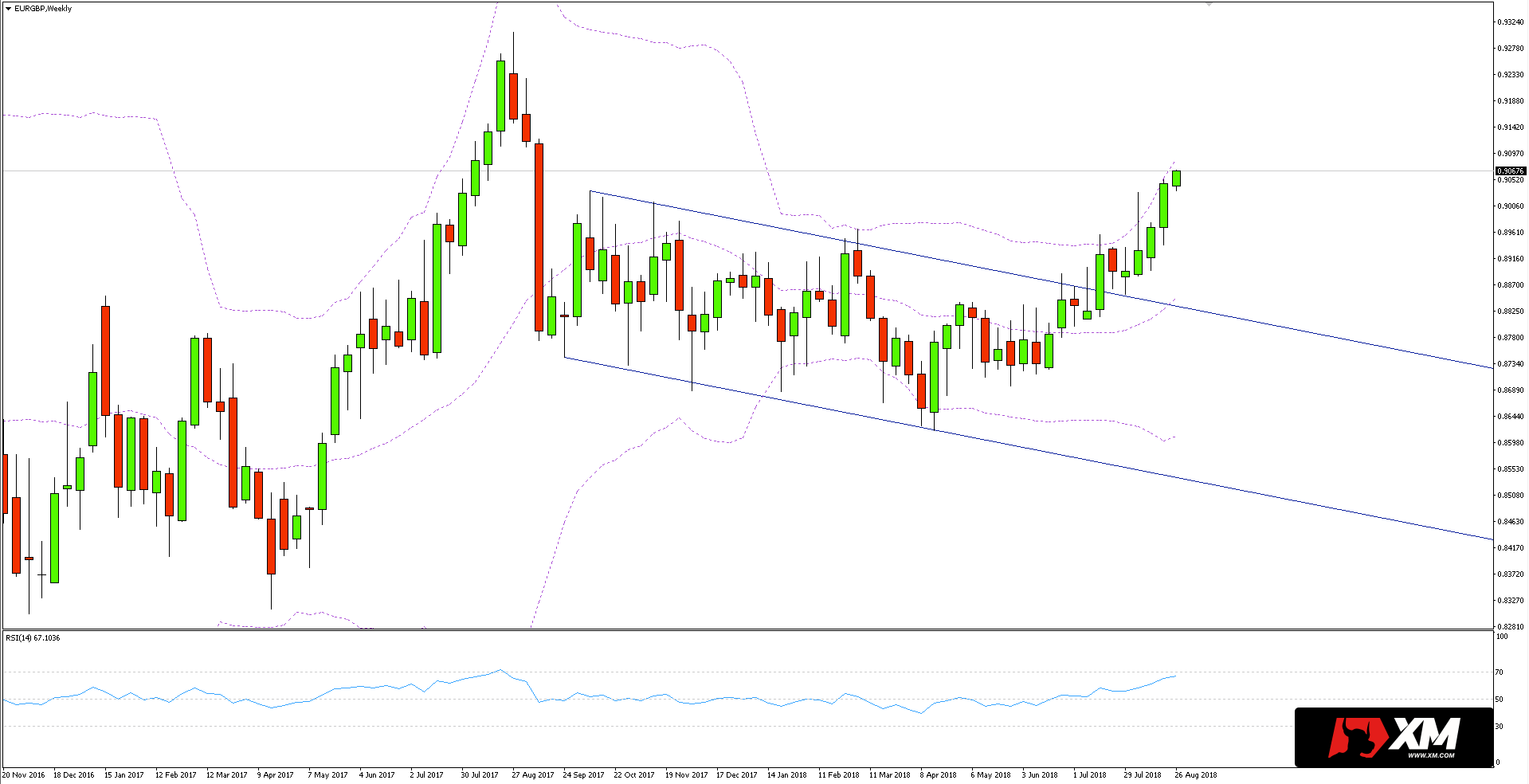 In addition, the course was on the levels seen last September in the past year. The upward trend may therefore encourage to look for shopping opportunities after corrections.As can be seen in the daily chart below, a good place to look for buy signals may be the zone created by the middle Bollinger band (20 SMA) and the trend line running from the low from June 21 this year.Alternatively, overcoming the confluence of supports described above may show a slowdown of the upward trend, and potentially also its reversal, as long as the system of highs and lows in the chart assumes a downward sequence. 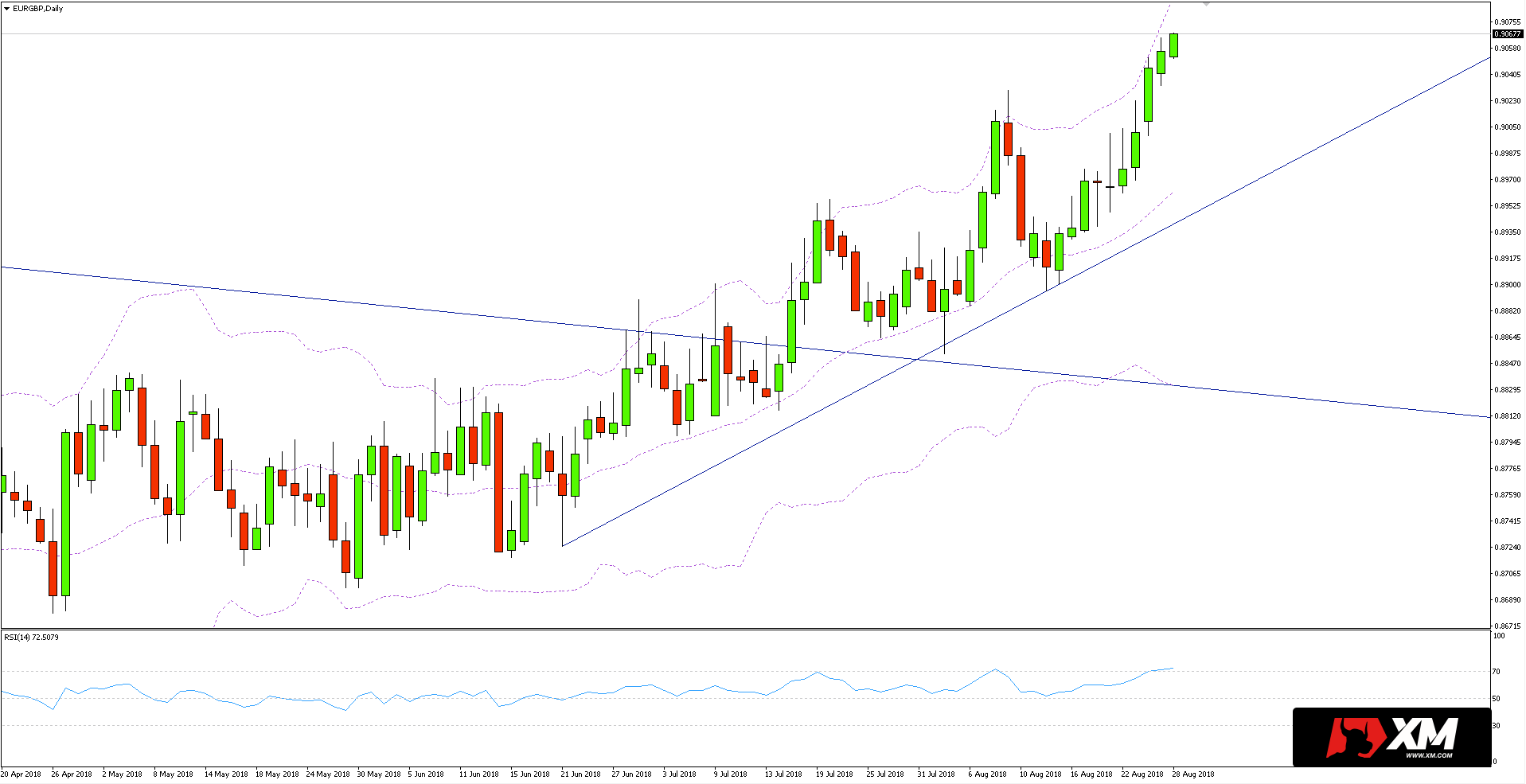