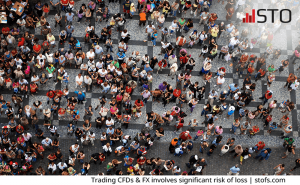 On Wednesday April 18th 2018, Eurostat, which is the European Union’s (EU) official statistical agency, will publish data regarding the Eurozone’s CPI (Consumer Price Index) in March 2018. The CPI is an indicator used to measure the rate at which the prices of goods and services bought by households rise or fall, which is the rate of inflation, referred to as the CPI inflation. Eurostat will also include core CPI data in the release, which measures price movements excluding the ones of volatile components such as food, energy, alcohol and tobacco.

Economists anticipate that the finalised CPI inflation data will show that the Eurozone’s inflation in March 2018 stood at 1.4%, on an annualised basis. They also expect that core CPI inflation ticked lower, coming in at 0.9%, on a year-to-year basis. On April 4th 2018, Eurostat had released its flash estimates for the Euro-bloc’s CPI inflation in March 2018 which had showed that the EU’s statistical office forecast a rise of 0.3% when compared to the 1.1% figure recorded in February 2018. If the CPI inflation in the Eurozone during March 2018 has risen to 1.4%, as forecasts indicate, it is possible that the Euro may strengthen against its competitors such as the US Dollar, the British Pound and the Japanese Yen as investors and traders may feel confident that the European Central Bank’s (ECB) policies are closing in on their targets.

In their report, accompanying the CPI inflation’s flash estimate, Eurostat’s analysts had said that the reasons behind the possible rise were the increasing prices of food, alcohol, tobacco and energy. The ECB aims to keep inflation below, but close to, 2% over the medium term. However, the ECB’s monetary policy so far, despite the quantitative easing (QE) programme applied in recent years, has not succeeded yet in bringing inflation close to its target. Some of the ECB’s governing council members have spoken openly about raising interest rates and reducing the QE programme, but have met resistance from the rest of the members who believe that the Eurozone’s economy isn’t strong enough to proceed in such actions.

Vitor Constancio, who is the ECB’s vice president, said on Monday April 9th 2018 in a speech, delivered in the European Parliament (EP), that “inflation, which is our objective, has not yet responded completely to what we wish to see. We have confidence that inflation will continue to evolve, we should be cautious in order to avoid that some early strongly restrictive policy could derail this development.”

The head of the Eurozone’s central bank, Mario Draghi, noted in the ECB’s annual report, which was released on April 9th 2018, that the slide in stock markets, since the beginning of 2018, hasn’t impacted the Euro-bloc’s economic conditions and that policymakers remain calm regardless of the market volatility. President Mario Draghi addressed the issue of inflation by saying that “while we remain confident that inflation will converge towards our aim over medium term, there are still uncertainties about the degree of slack in the economy.” The ECB’s President added that “a patient, persistent and prudent monetary policy therefore remains necessary to ensure that inflation will return to our objective.”

STO and the Euro

The Euro to US Dollar, the Euro to British Pound and the Euro to Japanese Yen are just three of the currency pairs you can trade with on the STO platform. STO clients can select from a variety of over 30 currencies and plan the suitable trading strategy for them. STO provides traders with daily fundamental and technical analysis that aims to help them reduce the trading risks.