Yesterday’s session ended with a 0.71% decline, which was the sixth day of lower prices in a row. The last such situation occurred at the turn of January and February 2018, when the decline ended with a more than two-per cent decline and then there was a rebound. On futures contract it is the third session with an increased trading volume (over 100k contracts), the number of opened positions is still growing.

Among the components of the DAX index, the best result was recorded by RWE, which gained 2.67%, while Deutsche Post increased by 0.65%. The worst dropped BAYER falling 4.57% and Commerzbank was under the line with -2.25%. The latter will leave the prestigious DAX index on September 24 in favor of the Wirecard payment processor.

The German DAX closed below the barrier of 12,000 points for the first time since March 28. Such a negative attitude is associated with the afternoon weakening of the Wall Street stock exchange. Today, the European market starts from a low ceiling but in the range of yesterday’s session and it is more difficult for bears to push the price and after 9:00 DAX closes the gap. The closest gap to close is zone 12 170-12 200, which may happen next week. 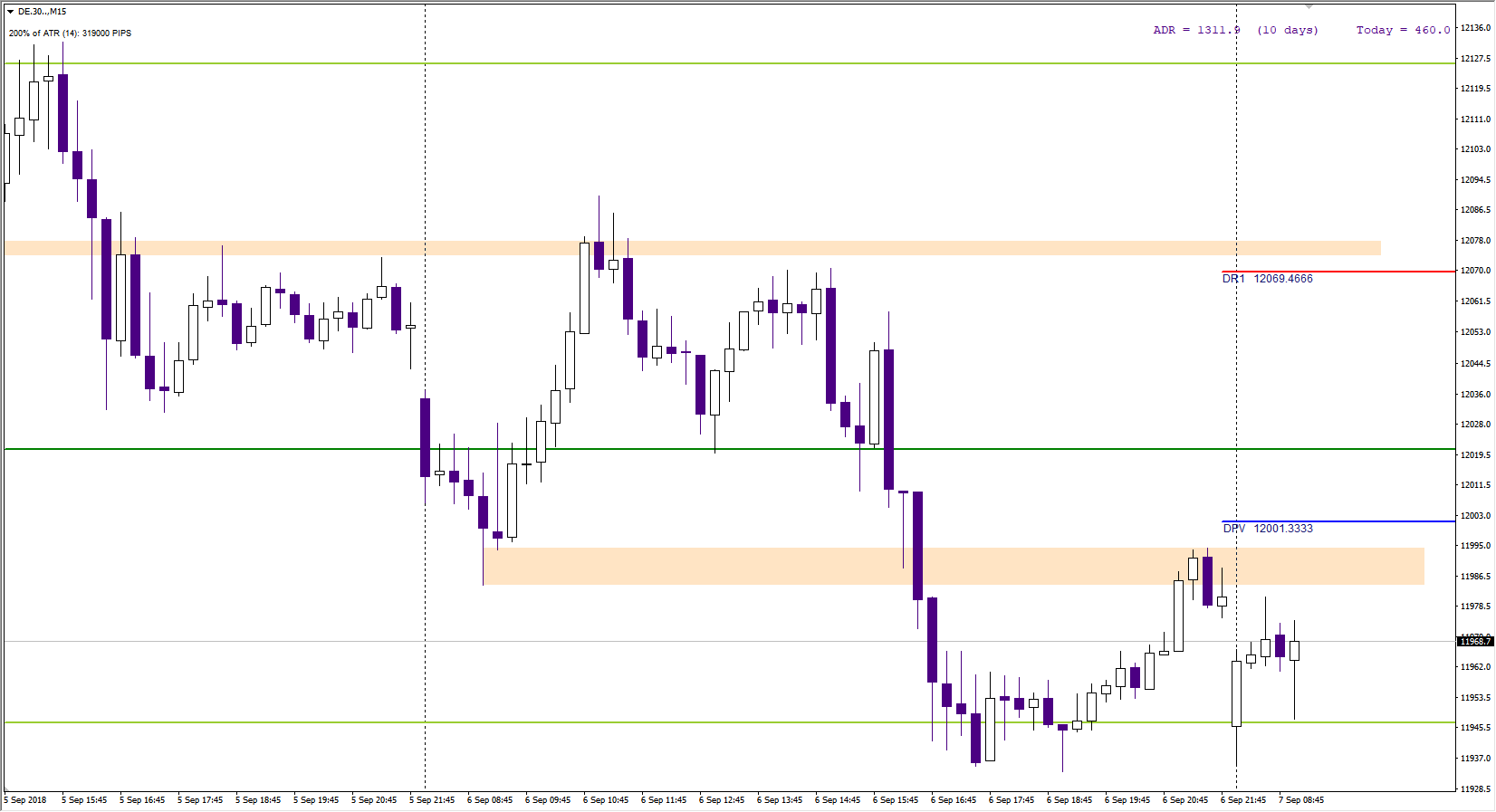 The price works well with horizontal lines as zones of resistance (orange), only the exit above would be a first sign of growth. Additionally, the directional point at 12,000 points. From the bottom of the quotation limits the furthest weekly point S3 – 11,950 and the daily S1 at 11915 points. Regarding volume levels, the market is torn between 11,950 and 12,000.