During the last session main index from Frankfurt grown 0.57% and in the whole week it was 1.37%. The recovery over the week has abolished half of the decline from the previous W1 candle, reaching a maximum of 12,130 points in the highest level. Among the European indices, the weakest was WIG, -1.12%, while the best was the Russian RTS, which increased in 5 sessions by as much as 4.21%.

Among the components of the DAX index, the best result was recorded by BAYER, which gained 2.38%, while Volkswagen increased by 2.29%. The worst result had Henkel falling 1.12% and Merck lost 1.08%. The total number of growing companies exceeded the number of losers listed on the Frankfurt Stock Exchange at 444 to 234.

The lower opening of today’s session gives advantage to bears, DAX is also trading below the daily pivot (12,110) after 9:00 am. In addition, a fall below the trendline extended from the bottom of September 10th does not look appealing. Looking a bit wider, however, you can see the preserved positive structure of highs and lows and over 12,030 bulls can feel safe. It is in this area that there is a weekly pivot, and a bit higher – 12 050 – the local S2 support that has already been tested. 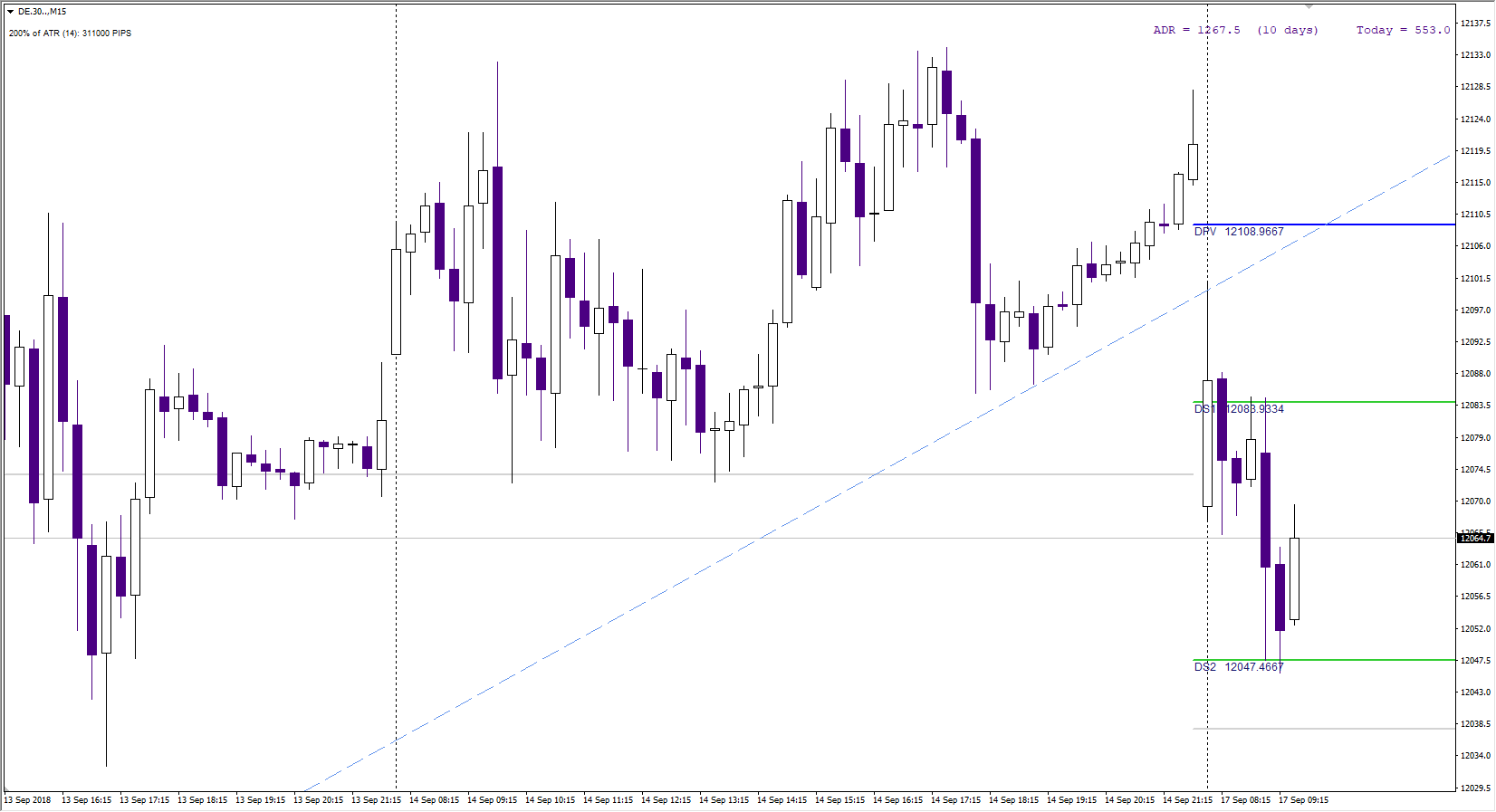 At the D1 interval this reflection looks inviting, but it should still be considered as a correction. The external reaction point of the harmonic formation – 127.2% was quite accurate and the Tuesday session was a confirmation of growth. The first target for the formation was implemented, now it may be more difficult and the next zone is quite narrow located at 12 225/50. From the bottom we have support, the upward trend line is drawn on the minimas of February and June 2016. 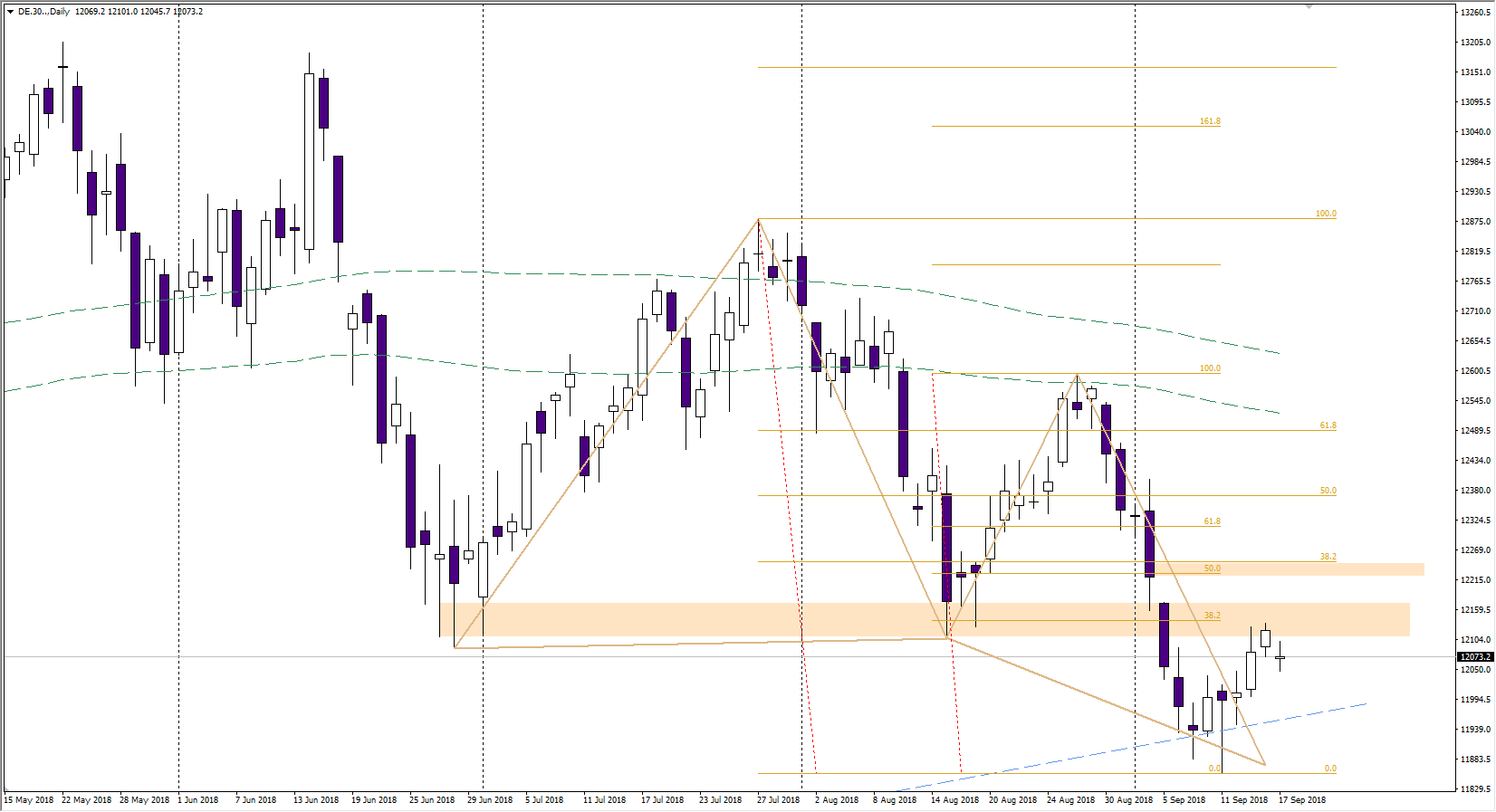