Since the beginning of this year, the NZD/JPY currency pair’s quotations have been successively increasing, making up for the losses of December 2018. Yesterday, buyers managed to establish new high, but they are still held back by the key resistance.

As can be seen from the daily chart, the New Zealand dollar to Japanese yen exchange rate tested the upper limit of the rising channel at the end of February, which then coincided with the horizontal level (76.50). After the rebound, the price returned to support at 75.10 to return to resistance last week. 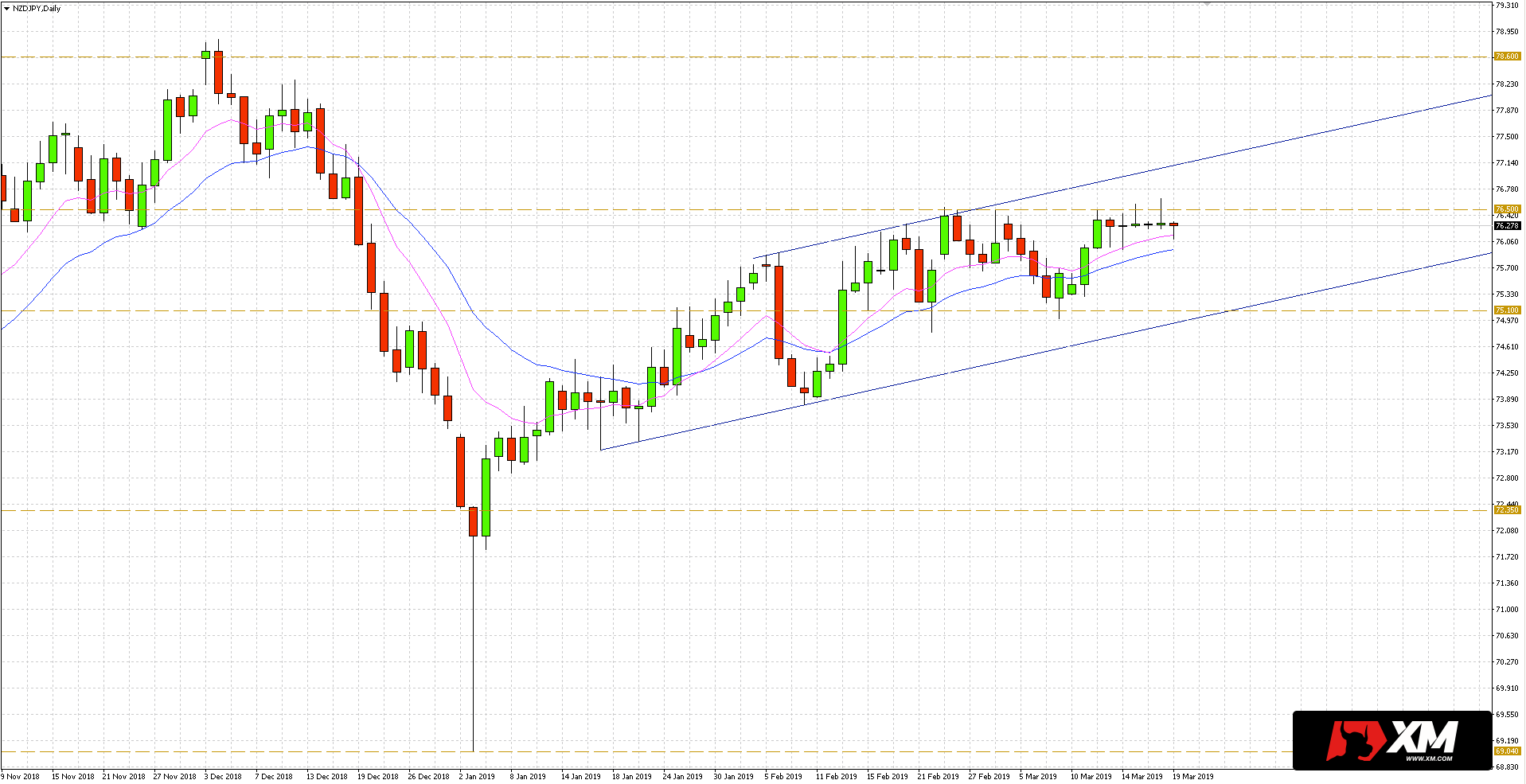 Since a week, further resistance tests have been positive, as the price is still at 76.50 at session closures. There is therefore a chance that the price will fall towards the confluence zone, where the horizontal level at 75.10 coincides with the channel support. Only by overcoming this area would there be a chance for bigger decreases.

Alternatively, closing the session over 76.50 / yesterday’s maximum will reveal the resistance of the canal. Another key resistance is only visible in the area of 78.60. 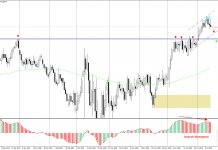