Home Analysis Oil.WTI – declines after breaking the confluence of supports. Bottom of the...

The prices of WTI crude oil in relation to the dollar have been moving above the accelerated trend line running from the middle of August and the horizontal area close to 70.50 this week. These levels created a confluence of supports. However, during the Wednesday session, the supply side took over the control and pushed the quotes on the closing of the session to 70.02. Thus, the confluence of support was overcome and the bears opened their way to further depreciation. The declines were also continued yesterday. The next important target is now the zone between 67.30 – 66.30, which coincides with the lower limit of the growth channel, visible in the daily chart below. In the case of an upward rebound, the resistance may constitute an area within 70.50, which previously acted as a support. 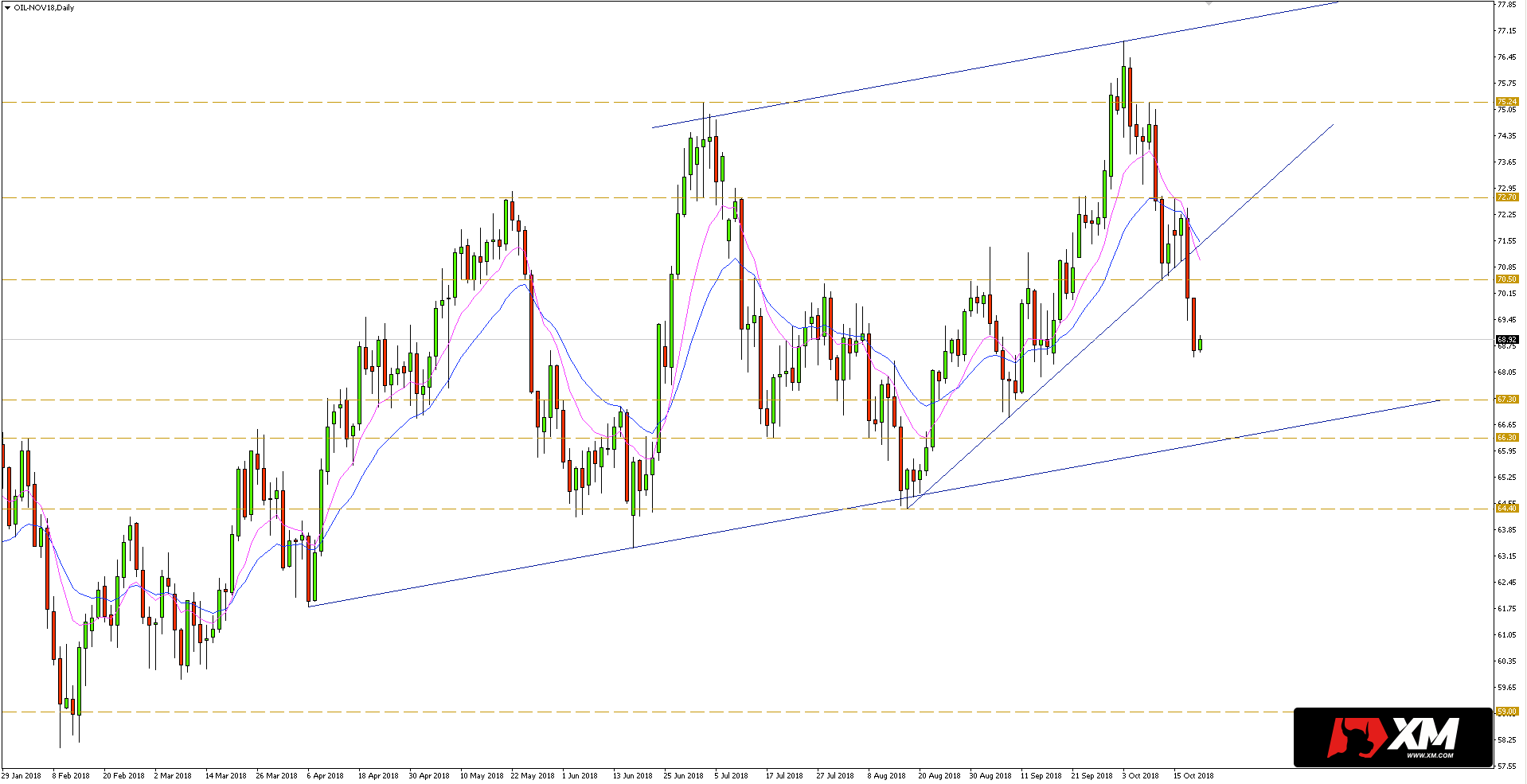