EURJPY after breaking from the upper consolidation limit on December 20, set the high around 136.62. However, the first three days of last week we saw sell out, which stopped on the trend line running from August 2017.

It was on the aforementioned trend line that buyers appeared again, who pushed the price back over the resistance at 134.40, which was the upper limit of consolidation. 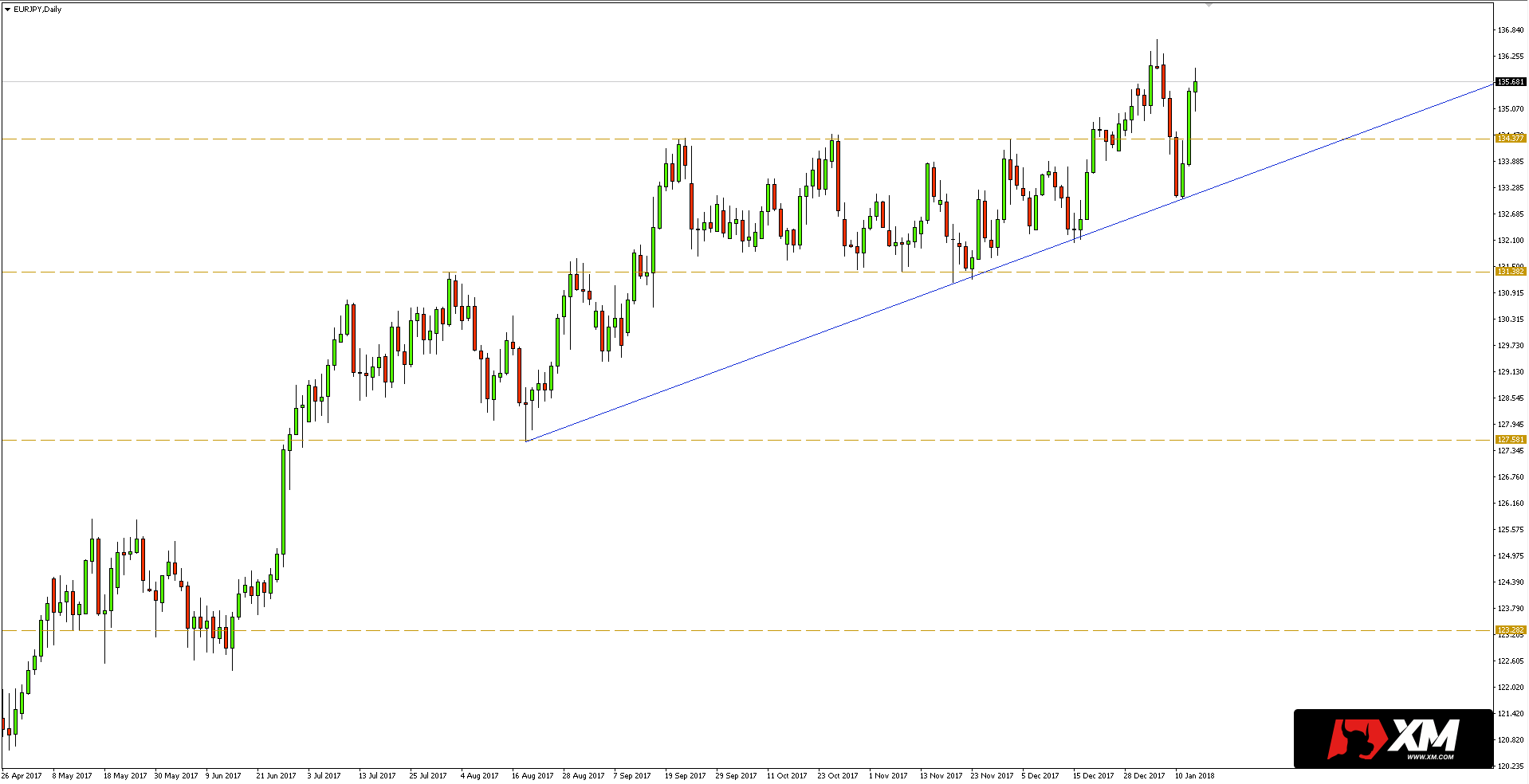 As a result of the price action discussed above, a weekly chart created a candle with a small body and a long shadow at the bottom, which tests new support at 134.40. As long as the quotes remain above the low of this candle, there is potential for further increases. 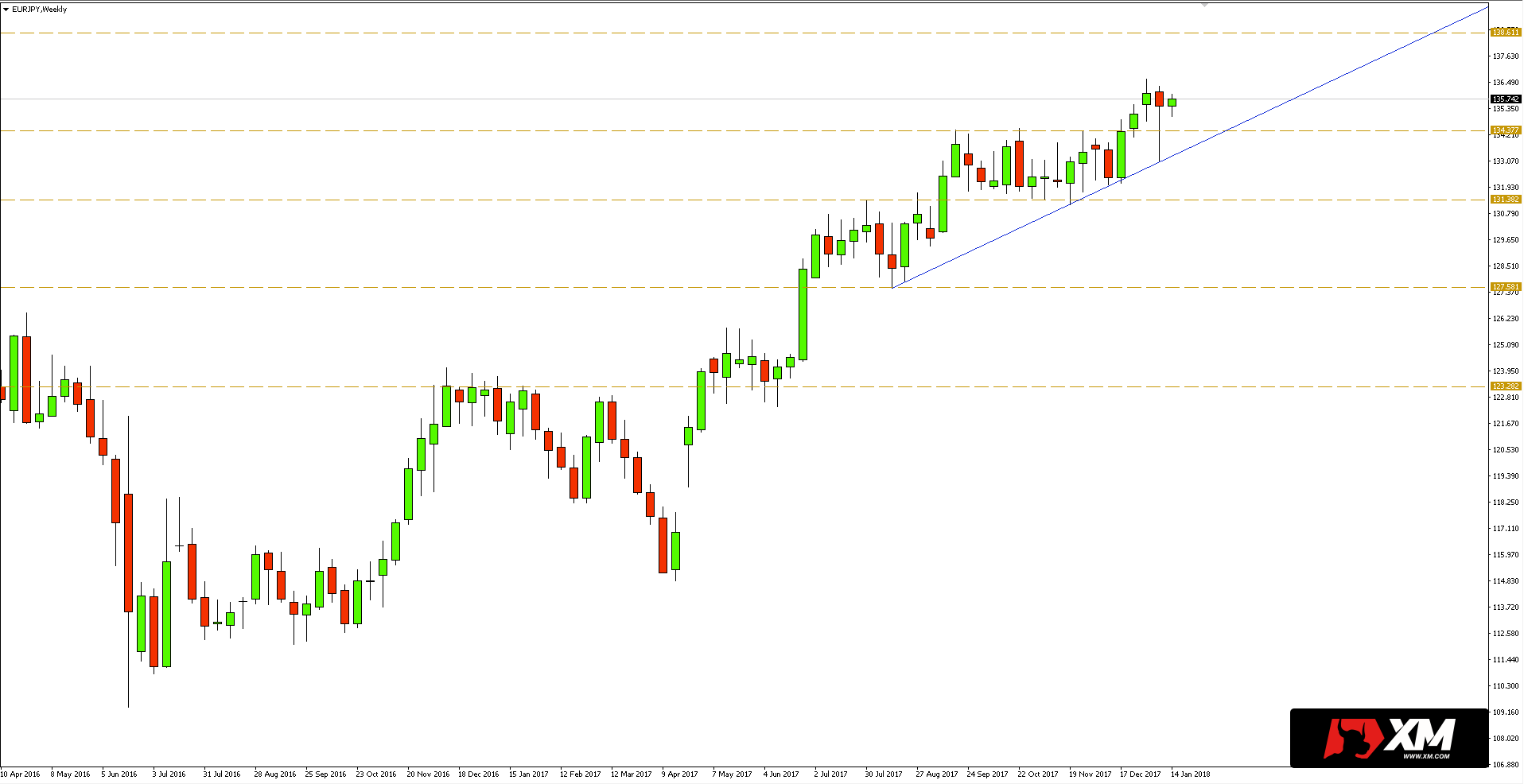