Bank of Japan (BOJ) Governor Haruhiko Kuroda had his speech at a Reuters Newsmaker Event in Tokyo ,the subject was : “Quantitative and Qualitative Monetary Easing with Yield Curve Control”: After Half a Year since Its Introduction. The main headlines given below by Reuters and prepared by Eamonn Sheridan from Forexlive.com : 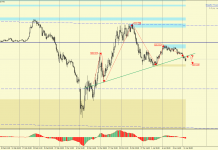