Since the beginning of January, the sentiment on EURNZD has been bearish. The price rebounded from the resistance around 1.7130 and started the rally to the south. Last week there was a big upward correction, the New Zealand dollar weakened with its Australian cousin after RBA reports. Today at night, the bears returned to the game, and all this thanks to the RBNZ decisions on monetary policy. 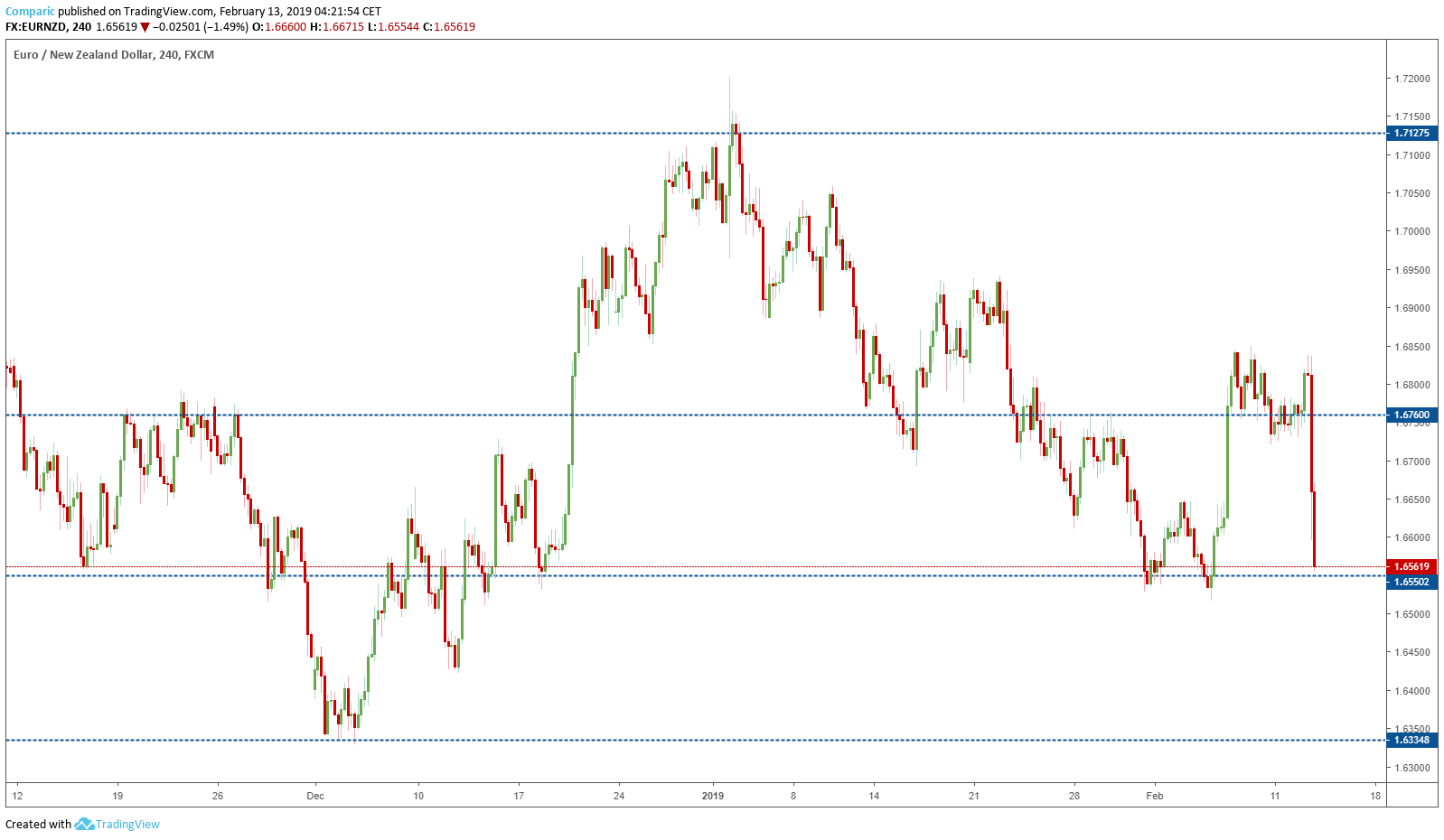 The price again in the area of support

After the end of last week’s growth correction, supply did not have the strength to return below 1.6760. It was only today that this level was suddenly broken, with a depreciation of more than 200 pips. Currently, the EURNZD has reached the area of 1.6560, where in the last two weeks an upward rebound has occurred twice.

Today there may be another attack on this support. If the exchange rate of the euro against the New Zealand dollar falls more sharply, the road will open up to 1.6330, which is last year’s low. In the event of a growth correction, demand may push the price back to the region of 1.6760.