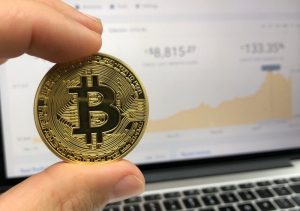 Cryptocurrency is a digital payment which functions outside the traditional financial system and is now a developing issue for the local law enforcements. Transacting with cryptocurrencies elevates and creates the perception of  pseudonymity and confidentiality. As the other related innovations has continued to gain a foothold in the economy, the criminal exploitation of the system and method has increased. As cryptocurrency has now firmly entrenched in the domestic and international commerce, it is important that the law enforcement has a clear understanding on what cryptocurrency is about , how it functions, and how it can be used for both legitimate and illegal activities.

Tough it is often referred to as, Bitcoin cryptocurrency has existed since 2009 and the technology on which it is built on has roots going back more further. In fact if a trader had invested around $,000 in Bitcoin the year when it was publicly available first, then would now have been richer person.

2009 is the year when the bitcoin software is made available for the first time to the public and the bitcoins were created through a process called mining, where the transactions were recorded and verified on the blockchain.

2010 was the year when bitcoin was valued for the first time, has it not been traded and only minded. It would have been impossible to assign the monetary value for the emerging cryptocurrency. As the bitcoin popularity increased, the idea of decentralized and encrypted currencies created few other alternative cryptocurrencies called as Alt coins. These altcoins were designed to improve on the original bitcoin by offering anonymity, a greater speed and few other advantages. At present there are 1000 cryptocurrencies in the market with new ones appearing frequently.

Shortly after the rise in the Bitcoin value to $1,000 for the first time, the price has also quickly began to decline. Many who invested at this point of time did see heavy loses.  Surprisingly the currency which was designed with anonymity and lack of control has proved to attract the hackers and the lucrative targets for the criminals.

One cryptocurrency which came close to Bitcoin was Ethereum and the enthusiasm grew around the Ethereum platform. This platform used Ether to facilitate the blockchain based smart contracts and related apps. The arrival of Ethereum was marked by the emergence of the Initial Coin Offering ICO. The ICO s are the fund raising platforms which offers its investors a chance to trade with shares in the startup ventures. But yes the technology behind Bitcoin known as blockchain did spark the revolution in the fintech industry.

We have a beautiful infographic on 33 Cryptocurrencies described in four words or less, developed by our friends at Mrbtc.org. Please check the infographic and let us know your thoughts.