Home Analysis The exchange rate of the Canadian dollar (USDCAD) is weakening against greenback....

The USDCAD exchange rate last week left consolidation thru the top , which took the form of an inside bar. Immediately after the breakout, another resistance was reached, which may be overcome this week.

As can be seen in the USDCAD’s daily chart below, the price remained trapped for 8 sessions in the range of daily candle from 9th of January. Thus, an inside bar formation was formed from which we saw breakout last Wednesday.

The breakthrough of the mother candle maxima was strong enough that the price reached resistance at 1.3150 on the same day, while on Thursday the resistance was positively tested and at the end of the session a bearish pin bar was formed.

It might have seemed that the pin bar would be corrected after that, but the buyers had other plans. On Friday, the ratings gained, but the week ended under resistance at 1.3150. Today the increases continue and the bearish pin bar was negated.

With this in mind, if the bulls manage to successfully overcome the resistance at 1.3150 at the closures of subsequent sessions, the price may continue to go to the resistance zone at 1.3320, which held back buyers at the turn of November and December 2019. 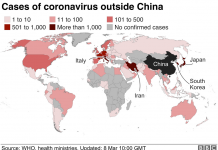 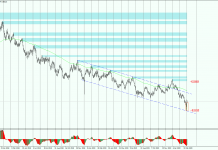